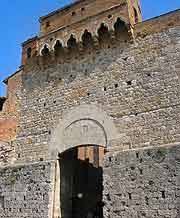 San Gimignano began life as an Etruscan settlement sometime during the 3rd century BC. Its hilltop location overlooking the Elsa Valley had obvious strategic advantages for its earliest inhabitants in history.

By the 10th century AD, San Gimignano had grown into a town. Its name is derived from that of a 4th-century bishop of Modena, who was known as St. Geminianus. He is believed to have bravely defended the town from a Barbarian invasion.

From the Middle Ages Onwards

During the Middle Ages, San Gimignano grew both in size and wealth. Defensive walls were built to enclose the town. One of the reasons for such growth was its proximity to the Via Francigena, which had already become an important pilgrimage and trading route. In the middle of the 12th century, the Duomo was consecrated.


In 1199, San Gimignano became a free municipality and freed itself from the powerful Volterra bishops, who boasted a long-established hold over the town. However, during the 13th century, the town was torn apart by internal rivalries between the Ardinghelli family, who supported the Guelph faction, and the Salvucci family, who were of the Ghibelline persuasion.

It is recorded that in the spring of 1300, Tuscany's Ambassador of the Guelph League visited the town. Despite such struggles, however, San Gimignano was surprisingly successful at this point in its history. Economically speaking, it flourished. The fact that there were some 70 towers in the town at this time is a sign of its wealth.

In the mid-14th century, San Gimignano suffered terribly from the outbreak of the Black Death, a plague which killed many of its inhabitants. It may have been this crisis that led to the town's eventual submission to Florence in 1353. In the years that followed, San Gimignano managed to halt its decline and recover some of its former cultural importance. 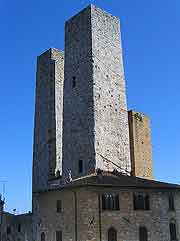 Florentine power over the town lasted until the mid-16th century. After the fall of the Medicis, San Gimignano fell under the control of the Grand Duchy of Tuscany. In the early 19th century, Napoleon placed the duchy's government in the hands of his sister, Elisa Bonaparte.

During the 19th century, San Gimignano started to become recognised as a tourist destination, thanks to its well-preserved historic architecture and art treasures. Indeed, 14 towers have managed to be preserved to this day.

As the 'city of beautiful towers', San Gimignano was awarded World Heritage Site status in 1990. In 1996, the Teatro dei Leggieri was restored and has become a popular place to listen to concerts and opera recitals. More recently, 'Tea with Mussolini' was filmed right here in the town, telling the story of English and American women at the time of World War Two in Italy. 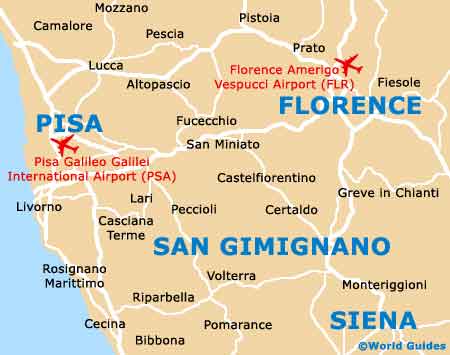