There are an enormous number of beautiful churches in Milan and most are in absolutely superb condition. 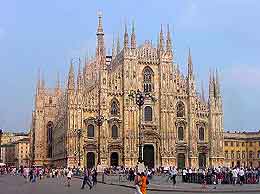 Address: Piazza del Duomo, Milan, Italy
Construction of Milan's grand cathedral began in 1386 and it is the third largest church in the world, after St. Peter's and Seville Cathedral. Although it was consecrated in 1418, it was not actually finished until the 19th century, when Napoleon finally had the facade completed.

The cavernous interior is full of history and there are roof terraces, with magnificent panoramic views of Milan. Features of particular interest include the wonderful stained glass windows, numerous statues, the Holy Nail of the Cross and paintings my many leading artists. The nearby Duomo towers, standing high above the large square, were named after the church. 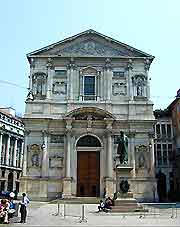 There are many other churches in Milan, filling this important Italian city with tremendous character and history.