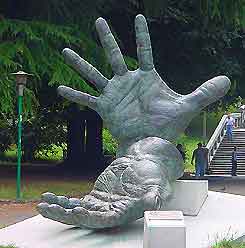 A city of high fashion and stylish architecture, Milan may also appeal to holidaying families with young children, with a number of noteworthy attractions to consider. The Civic Aquarium (Acquario Civico) is always a safe bet and serves as both an educational and enjoyable attraction.

Families may also like to consider exploring the Milky Way at one of the regular Solar System shows at the Milan Planetarium (Planetario Ulrico Hoepli), or catching a show at the city's charming Puppet Theatre (Teatro delle Marionette). When the sun is shining down, the Aquatica (Waterpark) soon fills up with children, while if you are prepared to travel a little, then the Gardaland theme park at Lake Garda is an absolute must, although at just over an hour and a half away, this is best treated as a day trip.

On sunny days, Milan's parks provide a good place to play and both Porta Venezia and Via Palestro are particularly suitable for families.

Address: Via Gadio 2, Milan, Italy
Tel: +39 02 8846 5750
The Civic Aquarium is situated in north-west Milan and was built in 1906 for the National Exposition. With stylish Art Nouveau architecture, the building is home to over 100 species of fish and aquatic life, with around 40 tanks in total. Exhibits include typical Mediterranean sea and Italian freshwater fauna and also many types of tropical fish, including some rare specimens. There is an extensive library in the Hydrobiological Station that has a wide-range of specialist books.
Open hours: Tuesday to Sunday - 09:00 to 13:00, 14:00 to 17:30
Admission: charge

Address: Corso Venezia, Milan, Italy
Tel: +39 02 2953 1181
The classical-style Planetarium building in north-east Milan was built in 1930 by Piero Portaluppi and was later donated to the city. It has a large projection hall that contains a giant dome and around 600 seats, allowing visitors to sit in comfort and gaze at the astronomy shows and displays. There are also guided tours and scientific lectures available. The Planetarium is the largest of its kind in Italy and currently ranks as one of the largest in the whole of Europe.
Open hours: Monday to Friday - 09:00 to 12:20, 14:00 to 17:30
Admission: charge

Address: Peschiera del Garda, Lake Garda, Italy
Tel: +39 (045) 644 9777
This huge and extremely popular theme park is situated on the south-eastern side of Lake Garda and is one of the largest in the whole of Italy, covering over 500,000 square metres / 5,382,000 square feet. There are around 40 different attractions for all ages, including rollercoasters, a dolphin pool, dinosaur island, an exciting rapids ride and a fantasy kingdom for younger children - with singing animal characters. Amongst the most exciting rollercoasters and rides are the Blue Tornado, Escape from Atlantis, Magic Mountain, Raptor and the Sequoia Adventure.
Open hours: late March to June - 09:30 to 18:30, late June to September - 09:00 to midnight, October - 09:30 to 18:30
Admission: charge

Address: Via Olivetani, 3, Milan, Italy
Tel: +39 02 469 4440
This puppet theatre is a notable children's attraction and is well-known for it's beautiful puppet shows. A visit to the Teatro delle Marionette has become something of a tradition for local families living in Milan.
Admission: charge

Formerly known as Idroscalo Park, Idropark Fila is a huge amusement and water park near Linate Airport. Many popular events take place here throughout the year, including rowing regattas, canoeing, boating and much more.

Address: Via Rivoltana 64, Milan, Italy
In the summer, Aquatica is understandably a popular place to take children and is full of exciting water-based things to do. With huge slides, pools, foam, rafting and many shows, there is something for everyone at this fun water park.
Open hours: daily - 10:00 to 19:00
Admission: charge

Address: Via Veglia 59, Milan, Italy
The Play Planet is a great spot to take younger children and is full of fun things to do. With soft modular play areas, consisting of ball pits, walls to climb, tunnels, tubes, climbing equipment, obstacle courses and passages, the Play Planet is a safe place for kids to play and for parents to relax.
Admission: charge