Getting Around, Piraeus Travel, Transport and Car Rental 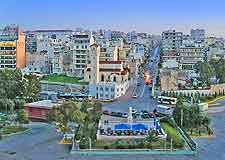 Being so close to Athens, the city of Piraeus is well connected to the Greek capital by a number of different transport options. Athens is particularly easy to travel to from Piraeus by using bus and trolley transport, although the direct metro line is hard to beat for sheer practicality and ease of use.

The actual city centre is quite easy to travel around by simply putting on foot in front of the other, and you can easily stroll between the main sights, hotels, shops and restaurants. Many travellers simply head to Piraeus to make use of its enormous port, with regular ferry and hydrofoil transport connecting the majority of the Greek islands, such as the Aegeans and the Dodecanese. Of note, the port is linked to the Metro Line 1 Terminal Station by frequent free shuttle buses. 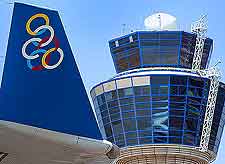 Address: Spata-Loutsa Avenue, Athens, El Venizelos, Spata, GR-19019, Greece, GR
Tel: +30 210 353 0000
Athens Eleftherios Venizelos Airport (ATH) is a very modern air facility and located some 32 km / 20 miles from the city centre, which lies to the north-west. Piraeus is also relatively close to the airport and lies directly to the west, being best reached by either metro trains, bus transport or taxis. Eleftherios Venizelos Airport is by far the biggest currently operating in Greece and currently handles around 15 million international and domestic travellers per annum, a number which seems to continuously rise each year. 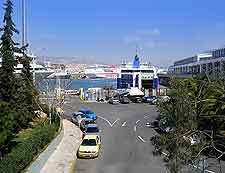 Travelling in and out of Athens today is much easier, thanks to the addition of some well-thought out ring roads and both the privately owned toll highway, known as the Attiki Odos - although do avoid peak hours if at all possible. Car rental is charged on a daily basis and greatly discounted when you hire a vehicle for three days or more. Within Athens, a good choice of rental outlets are to be found close to the Temple of Olympian Zeus, along the Leoforos Syngrou. 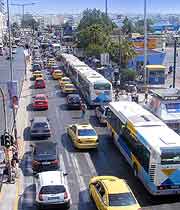 Bus numbers '040' and '049' ply the route between Piraeus and Athens city centre 24 hours a day, departing around three times per hour between 06:00 and midnight, and hourly thereafter. Further bus transport is on hand and travels to the Akti Xaveriou, the Plateia Themistokleous and the Zea Marina, within Piraeus itself, and also to Filellinon and Omonia in Athens. Airport Express buses depart from the Plateia Karaiskaki and tickets can be purchased from the driver. For other bus transport, tickets will always need to the bought in advance from kiosks, and then validated as you board. 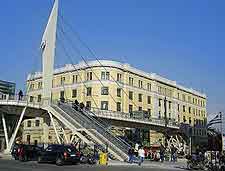 Metro transport provides the quickest and most direct way to travel into Athens, which takes just a matter of minutes. The metro train station in Piraeus is easy to find and stands on the northern side of the Akti Kallimassioti. During peak periods, pick-pocketing can be rife onboard the metro trains, so always take extra care of your valuables, particularly around Monastiraki. Piraeus is also connected to Greece's suburban rail network and the city' train station is to be found directly opposite the metro station. 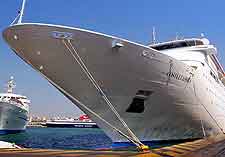 Home to a major port, Piraeus offers an enormous selection of ferry and catamaran services, which travel to many popular holiday resorts around the main Greek islands and beyond. The most popular destinations include the: