Piraeus Weather, When to Go and Climate Information 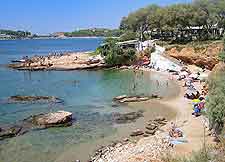 The Mediterranean and Athenian climate of Piraeus sees plenty of sunshine throughout the year. The likelihood of rain increases between November and early April, being directly affected by its proximity to Mount Parnitha, and this rainy weather comes in the form of heavy and infrequent thunderstorms.

On the northern, more mountainous side of Piraeus, the climate is very different, with temperatures usually being much lower and heavy snow occurring in the winter. Even in central Piraeus, this is a slight chance of snow in the winter, and some years, even an occasional Greek blizzard in February is not unheard of. 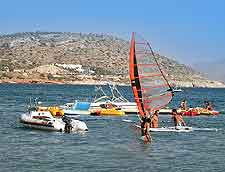 June, July and August experience the sunniest weather and subsequently the hottest climate, and this has always been the most popular time to holiday in Piraeus and sunbathe on the beaches. Occasional heatwaves are hard to predict and caused by hot masses of Greek air sweeping across the region from the south. Accommodation can soon be in short supply in this peak season, so if you are planning a Greek summer vacation, some advance planning is always beneficial.

Tourists often feel that spring and autumn are perfect times to visit Piraeus and Athens. At this time of the year, the climate is warm and appealing, but not overly hot. Early May sees temperatures starting to top 20°C / 68°F, while October and early November enjoys a similar climate, with plenty of sunshine and perfect sightseeing conditions.