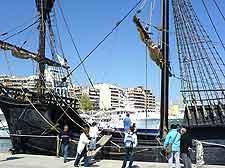 Many of the biggest Greek festivals staged during the year in Piraeus are often religious in their theme. The biggest event of this nature is Epiphany, a Greek festival celebrated in Piraeus with great fervor, where boats are blessed. At one stage during the Epiphany, a gold cross is throw into the waters and then divers brave the chilly waters to retrieve it, with the winner of this particular event being said to receive much good luck.

Other things to do in Piraeus are held to attract visitors to the city, such as the Ecocinema International Film Festival, which is staged annual towards the end of February. During this event, a number of films are screen at the Atticon Cinema and the Cineak Cinema, both of which are to be found within the city's Town Hall Square. 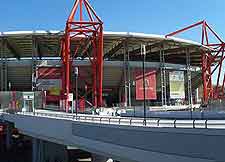 The Orthodox Easter Sunday usually falls at the end of April or the beginning of May, and is a major religious event all over Greece. Also at this time of the year in Piraeus is May Day (Protomagia), a national public holiday.

The summer season sees many causes for celebration in the city, with firm favourites including the Maritime Festival in June and July, and also the Piraeus Rock Wave Festival, which is held right next to the seafront itself. In August, you can expect to plenty of festivities in the middle of the month, when the Feast of the Assumption takes place.

If you are in Piraeus during the month of September, then don't miss the events at the Peace and Friendship stadium, which are usually quite plentiful and interesting. Alternatively, you can always pop next door to Athens to see what's going on in the Greek capital.