The city of Oxford is a comfortable day trip away from many of the United Kingdom's biggest attractions and cities, including Stonehenge, Salisbury Cathedral and the countless wonderful buildings in London.

If you have had your fill of historic university buildings and would like to escape Oxford for the day, then there are various excursions worth considering. Blenheim Palace is one attraction that enjoys huge visitor numbers every year, while the Vale of the White Horse offers glorious countryside and traditional market towns.

Waddesdon Manor is just 40 minutes away by car and is a dreamy French-style chateau with grand Neo-Renaissance architecture and 45 rooms available to view. Of interest to movie buffs, in 1966 the manor featured in the classic Carry On film - 'Don't Lose Your Head', as well as being a location for the successful 2008 action movie 'The Mummy: Tomb of the Dragon Emperor'. 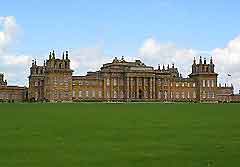 Address: Woodstock, Oxfordshire, OX20 1PX, England
Located on the outskirts of Oxford, Blenheim Palace is set in more than 400 hectares / 2,000 acres of spectacular rolling countryside and has been classed as a World Heritage Site. 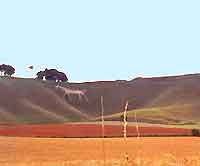 Vale of the White Horse

Address: Berkshire Downs, South of Oxford, Oxfordshire, OX44 7UX, England
The Vale of the White Horse covers a large area outside of Oxford, with many beautiful country homes and untouched stretches of the River Thames. Other highlights include tranquil villages, the busy market towns of Abingdon, Farringdon and Wantage, spectacular views and a large chalk carving of a horse, situated on the hillside.

Address: Notcutts, Nuneham, Courtenay, Oxfordshire, England
Tel: +44 (0)1865 343454
Mattocks Rose Garden is home to an enormous collection of roses. This traditional English rose garden features pathways, seating areas, a superb gift shop and a popular restaurant, with views of the landscaped gardens. Late spring and summer are obviously the best times to come here, when the roses are looking at their very best and are also at their most fragrant.

Address: Waddesdon, Near Aylesbury, Buckinghamshire, HP18 0JH, England
Tel: +44 (0)1296 653211
Waddesdon Manor is a glorious French Renaissance-style mansion, home to the famous Rothschild Collection of Art Treasures. Located roughly 25 miles / 40 km to the north-east of Oxford, the manor also features large wine cellars, paintings, antique furniture, a café and gift shop, and a grand garden complete with parterre, trees, walks, stunning views and an extremely ornate aviary. Owned and managed by the National Trust, Waddesdon Manor is within easy reach by car, via the A34 and the A41.
Open hours: March to December, Wednesday to Sunday - 10:00 to 17:00, January and February, Saturday and Sunday - 11:00 to 16:00
Admission: charge, discounts available for children, members of the National Trust are free

The cosmopolitan city of London serves as England's proud capital city and is reasonably close to Oxford, being roughly 60 miles / 97 km to the south-east and well connected by both rail and the M40 motorway. Many of the country's top attractions reside within London, such as Buckingham Palace, Hyde Park, the Houses of Parliament, Big Ben, Madame Tussauds and the River Thames, where cruises are always popular. The theatres of the West End stage some of the biggest musicals around, with a number of the biggest theatres being owned by Andrew Lloyd Webber. An afternoon spent shopping along Oxford Street, Regent Street and around Leicester Square may well appeal, along with a trip on the famous London Eye.