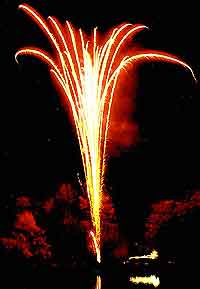 Oxford is well-known for its established cultural scene, with many well-supported festivals drawing sizeable crowds. The famous 'Boat Race' between the university students of Oxford and Cambridge is a major highlight for the city at Easter time, although it should be noted that this is actually staged on the River Thames in London and widely televised at the time.

Of course, there are always plenty of things to do within the city itself, all through the year. The Sunday Times Oxford Literary Festival is a major highlight towards the end of March, with its authors, speakers, readings and creative writing courses taking place at venues such as Christ Church at St. Aldates, the Bodleian Library, Merton College, Queen's College and the Sheldonian Theatre, as well as the Corpus Christi College.

The following month of April sees the arrival of the Jazz Festival, while those visiting during May can enjoy the Oxfordshire ArtWeeks, the Lord Mayor's Parade and the multitude of comedy gigs staged as part of Oxfringe. Each June, the nearby Blenheim Palace Flower Show is a crowd-pleaser, as is the palace's CLA Game Fair in July, and its Classical Proms in August.