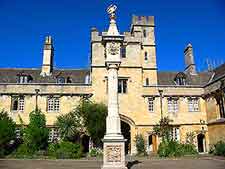 Based on the southern side of England and within reach of Banbury (north), Maidenhead and Reading (south-east), and Swindon (south-west), the city of Oxford serves as Oxfordshire's county town. The city's economy is diverse, with much being centred around its university colleges and tourism, as well as publishing, research and manufacturing.

Retail also plays an important part of life in Oxford, with both the shopping centres of Clarendon and Westgate being of note, as well as the plentiful stores based along Broad Street, Cornmarket Street, Golden Cross, Little Clarendon Street and the High Street.

Lying on the southern side of the city and within the suburb of Littlemore, the Oxford Science Park was founded in 1990 by both Prudential and the Magdalen College. The park is called home by more than 60 different businesses and companies, whilst retaining strong connections with the city's university.

The main tourist information office in Oxford is situated at Gloucester Green, which is located on the north-western side of the city centre, just down the road from the Red Lion, the Student Union and Worcester College.

When visiting Oxford, as with any large city, it is advisable to always maintain an awareness of your surroundings and try not to look like a disorientated sightseer with a large map. Crime levels are generally low, although it is still sensible to be careful with money, handbags and valuables, such as cameras and mobile phones. 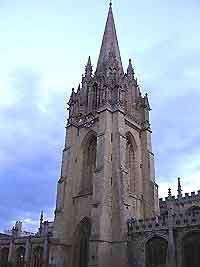 The spreading city of Oxford, capital of England for 50 years, is home to a large number of different cultures. Most religions have a good presence here, with many of the city's churches belonging to the Church of England as places of worship for the Anglican faith, although all faiths are always welcome. Many chapels and churches are part of the city's university colleges, including the Christ Church Cathedral based within the centrally located St. Aldates area.

Oxford's pharmacies are usually open from around 09:00 to 18:00 or later. Many of the biggest supermarkets often have in-store chemist areas. Drugstores tend to open until 18:00, although some stay open until later, and these usually have a pharmacy counter for dispensing prescriptions.

When chemists are closed, any opening hours of late-night chemists are usually indicated. Those who are looking for branches of Boots the Chemist will find stores located on Ambassador Avenue, Banbury Road, Cornmarket Street, Cowley Road and Templars Square.

Tipping in Oxford is fairly discretionary, with taxi drivers usually being tipped up to ten percent, while passengers may simply choose to round the fare up to the nearest pound or note. Restaurants often include service charges and these are always clearly stated on menus, otherwise a tip of around ten percent is generally expected in recognition of prompt and courteous service. Hotel luggage handlers / porters, happily accept a tip of one or two pounds. 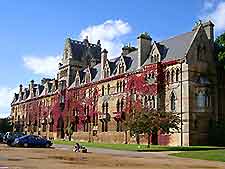 England has yet to join the European Monetary System and so the currency in Oxford remains as pound sterling. Bank notes are available in 50, 20, 10 and 5 pound denominations, with coins being £2, £1, 50p, 20p, 10p, 5p, 2p and 1p. Currency exchanging in this city is easy to obtain throughout the city centre, and ATM cash points provide one of the easiest and most convenient ways to exchange foreign currency when visiting England.

Following the arrival of England's anti-smoking law at the beginning of July 2007, all public buildings and transport in Oxford no longer permit smoking of any kind. However, many pubs and bars welcome customers who wish to relax with a drink and smoke, by providing outdoor seating and tables, although some beer gardens are also designated as smoke-free areas.

Much of Oxford's business is done over the dinner table, and business lunches frequently take place in many of the central restaurants and relevant university colleges. In the busiest of restaurants, advance booking may well be a necessity. For something more informal, there are plenty of very decent public houses serving up traditional hearty pub grub.

The British love pubs for their informality and social atmosphere, and Oxford is no exception. This famous university city is home to countless public houses, wine bars and hostelries, with some being frequented by business people, locals and celebrities, and others by visitors and tourists, as well of course as university students. Most pubs in the city are very friendly places, with a good mix of customers.