The New Forest National Park is easily large enough to fill up an entire holiday, with many visitors choosing to spend a day or two exploring each of the main attractions, such as Beaulieu, Brockenhurst, Lyndhurst and Lymington. However, since many further attractions lie just outside the official boundary of the New Forest, it makes sense to plan your excursions and days out.

Just a short distance to the south-west of the New Forest and close to Holmsley are the seaside attractions of Highcliffe, Christchurch, Southbourne, Boscombe, Bournemouth and Poole. All of these destinations are famed for the beautiful coastlines and sandy beaches, being worthy day trips. To the south and close to Lymington, Milford on Sea has a charm all of its own. 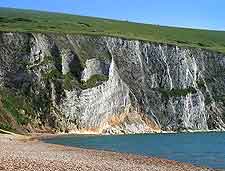 If you head to the south-east of the New Forest and cross the Solent by ferry, you will find that the Isle of Wight and its lineup of attractions is no more than an hour and a half away. The Isle of Wight was a favourite holiday retreat for Queen Victoria, whose family residence named Osborne House is still standing and now opens its doors to the public.

Directly to the east of the New Forest, the city of Southampton is a mere 20-minute drive from Lyndhurst and an excellent place to come for an afternoon's serious retail therapy. Slightly further and to the north-west, the cathedral city of Salisbury is another good place to shop and sightsee, with top attractions such as the Old Sarum Castle, Wilton House and the world-famous ancient ring of stones better known as Stonehenge.

To the north-east are the adjacent towns of Bishopstoke and Eastleigh, where attractions include the Eastleigh Museum, the Swan Shopping Centre and the outlying Itchen Valley Country Park. Close by and still to the north-east of the New Forest is Totton and Eling, a small town with a rich Iron Age heritage.