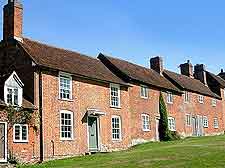 The New Forest has a unique history. Known as the 'Nova Foresta', it was the creation of King William the Conqueror, who planned to turn it into a place in which he could hunt deer and other wildlife.

Unlike most woodlands in England, many areas of the ancient landscape of the New Forest have managed to survive the centuries. So too have many of the rural practices that take place here, including common grazing and timber rights.

From the Bronze Age to the Normans

Before the arrival of the Normans, the New Forest was an area of dense woodland and gorse that was populated by scattered Bronze and Iron Age groups. During the Roman occupation, the Forest became a centre for a thriving pottery industry. Evidence of Roman occupation includes the vestiges of a villa at Rockbourne. With the Romans' withdrawal, the Saxons took control of the New Forest area as part of their kingdom of Wessex.

The Norman invasion was to change the Forest's history entirely. In the years that followed, William the Conqueror seized control of land, including a vast area of hunting ground. In the process, it's thought that around 36 churches and numerous villages were destroyed.


In 1100, William's son Rufus was killed whilst hunting in the New Forest. Rufus had been responsible for introducing harsh penalties for flouting Forest Law, including mutilation, so it's more than likely that he was the victim of foul play. It was an incident that is thought to have been the catalyst for introducing safeguards to preserve Commoners' rights for fuel and grazing. Such a system still exists today. 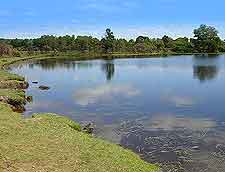 The 17th century saw considerable deforestation and for the first time, timber became much more important than hunting. The first recorded felling of timber for Royal Navy shipbuilding was in 1611. From then on, more and more demands were placed on the Forest's natural resources, to the detriment of Commoners' grazing rights. To maintain a good timber supply, a tree plantation programme was introduced, including the introduction of the Scots Pine.

In the 19th century, the Commoners' rights were once again affirmed. In 1877, a court of Verderers (judicial officers) was set up to regulate and monitor activities in the New Forest. Finally, it seemed that the natural beauty of the forest was recognised. 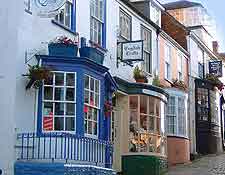 The 20th century has been a time of great change for the New Forest - not all of which has been beneficial to its fragile ecosystem. During World War Two, areas were used to contribute to the war effort, including airfields being built at Stoney Cross, Homsley and Beaulieu Heath. The arrival of the motor car and the advent of tourism have also taken their toll.

In 1969, the area's future was assured when the New Forest became a National Nature Reserve. Then, in 1971, ancient Forest Law was finally abolished. In 2005, after much debate, the New Forest became a National Park. Today, around 3,000 ponies freely wander its woodlands and heaths. The towns and villages, which include Beaulieu, Brockenhurst, Burley, Christchurch, Fordingbridge, Lymington and Lyndhurst, are popular with visiting tourists.