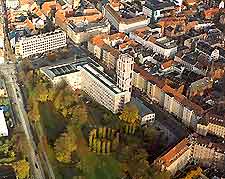 Shops are spread all over central Aarhus and the city's peripheries, with no less than six major shopping malls and more than a dozen small shopping centres. Amongst the biggest of these is Brunn's Galleri, which lies on the southern side of central Aarhus and is connected to the main railway station, being reasonably close to the Viby Centret mall.

Located to the north-west of central Aarhus is the ever-popular Storcentre Nord shopping centre, which has recently been completely revamped and extended, being known for its dramatic curving glass facade. Close by, both the Veri Centret and the Skejby Centret are two further shopping centres worth exploring if you have the time, while to the west lies the Viby Centret. 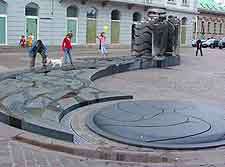 Apart from these giant shopping malls, there are plenty of smaller shops and department stores in the very heart of Aarhus city centre, particularly around the pedestrianised street of the Stroget and the Store Torv. Here you can shop all day, with roughly 100 different shops at your disposal, packed in either side of the Stroget.

Two of the largest and most notable department stores in Aarhus are Sailing and the Magasin du Nord. With around 30 departments in total and located on the bustling shopping street of the Sondergade, the Sailing store offers everything from high fashion to Danish trinkets, as does the Magasin du Nord, which can be found on the Immervad, sandwiched between Aboulevarden and Vestergade.