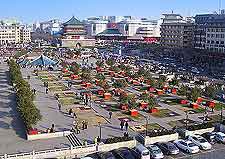 As the capital of China's extremely historic Shaanxi province, Xian really is a wonderful place to learn about the region's past Chinese civilisations, which span more than 6,000 years and include many important dynasties. Xian was once the easterly terminus for the famous Silk Road camel caravans and has become a city of culture, standing right next to the world-famous Army of Terracotta Warriors, close to Lintong.

The very heart of Xian is clearly marked by its enormous Bell Tower and Drum Tower, which date from the late 14th century and are surrounded by important shopping centres and leading entertainment venues. Xian's railway station lies to the north-east and is reached along the Jiefang Lu, where the city's Tourist Information Services Centre is located, along with the post office and the long-distance bus station. 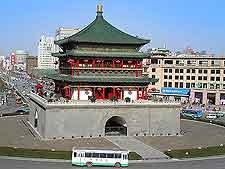 Although it would be true to say that the main draw card of Xian is its Terracotta Army, the city does have plenty of other quality attractions to offer tourists spending time here. The ancient City Walls add much character to Xian, while the Big Goose Pagoda (Dayan Ta) and Little Goose Pagoda (Xiaoyan Ta) are certainly further 'must sees'. Those with time on their hands would be advised to enjoy a leisurely stroll around the Hui Muslim Quarter, where innumerable sights and sounds are in good supply. More information about Xian Tourist Attractions. 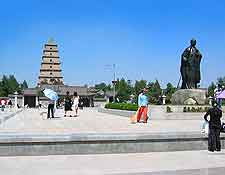 Within the Hui Muslim Quarter, the Great Mosque (Daqingzhen Si) is a particular highlight and is the epitomy of traditional Chinese architecture at its very best, dating from the middle of the 18th century. Other striking structures within Xian include its oriental-style Drum Tower (Gu Lou) and Bell Tower (Zhong Lou, as well as its grand Taoist Temple of the Eight Immortals (Baxian An), near to the Zhongshan Gate (Zhongshan Mén). More information about Xian Landmarks and Monuments. 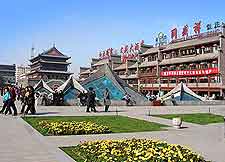 The museums and art galleries within Xian may not be in plentiful supply, but they are of an excellent standard and attract high visitor numbers. The Shaanxi History Museum (Shanxi Lishi Bowuguan) is one for those with an interest in Chinese history and ranks amongst China's most noteworthy tourist attractions of its kind. Standing alongside the southerly city wall, the Forest of Steles Museum (Beilin Bowuguan) is brimming with information about Han dynasty. For a taste of oriental art, an afternoon spent at the Tang Dynasty Arts Museum (Tangdai Yishu Bowuguan) comes highly recommended. More information about Xian Museums. 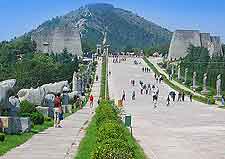 This part of China really does have an enormous amount to offer travellers. Many practicable day trips present themselves both within the Shaanxi province and close by. Tourists should definitely consider visiting the famed Chen Lu Pottery, the Hua Shan National Park or the Hukou Waterfalls. However, since Xian is within reach of major Chinese cities, such as Beijing, Qingdao, Taiyuan and Zhengzhou, these tend to somewhat overshadow the smaller, more intimate towns and villages that are somewhat closer. More information about Xian Attractions Nearby. 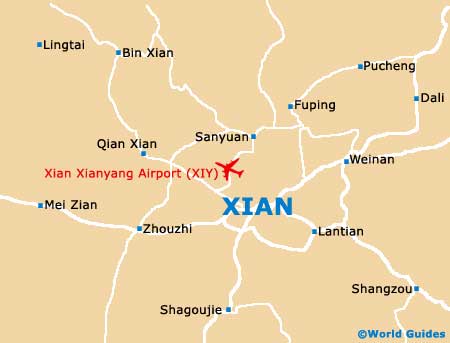