Port Elizabeth Weather, When to Go and Climate Information 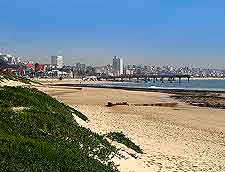 Port Elizabeth enjoys a subtropical climate, with more sunshine hours than any of South Africa's coastal cities. Temperatures are moderate all year round, rainfall is relatively light and the sea temperature is always pleasant

Given the weather, it's little wonder that Port Elizabeth has become such a popular destination for visitors, particular those who enjoy their water sports and beach-related activities. 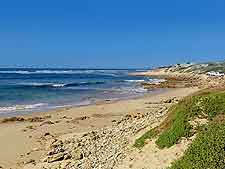 Sunseekers will be delighted to learn that the summers in Port Elizabeth are generally hot, with average daily temperatures of around 25°C / 77°F. Temperatures can rise to over 30°C / 86°F. Having said that, though, the weather tends to be less hot and the climate is noticeably less humid than in northern regions of South Africa.

Winters in Port Elizabeth are pleasantly mild, on the whole. Daytime temperatures from June to August are, on average, around 20°C / 68°F, which is not a great deal different to those recorded in the summer. Night-time temperatures are on average around 7°C / 45°F, although they can fall below freezing on occasion.