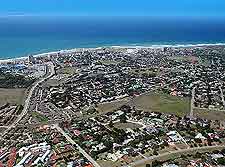 Often referred to as Nelson Mandela Bay, the city of Port Elizabeth is located within the Eastern Cape Province and next to the Indian Ocean, where it is home to South Africa's third-largest seaport.

Stretching alongside the Algoa Bay for some 16 km / 10 miles, Port Elizabeth was founded almost 200 years ago and is now part of the spreading Nelson Mandela Bay Metropolitan Municipality. Port Elizabeth stands at the end of the highly scenic Garden Route, on the Cape coast, where many sandy beaches are to be found.

Port Elizabeth's train station is situated directly to the north-west of the Campanile bell tower, which is now rather separated from the city by the busy freeway. Close by, some of the most notable attractions are sited around Forest Hill, Humewood, Kingston, Newton Park and Summerstrand.

Further afield, Johannesburg is some 1,110 km / 690 miles from Port Elizabeth, while Cape Town and Durban are both a little closer, being roughly 800 km / 497 miles away. 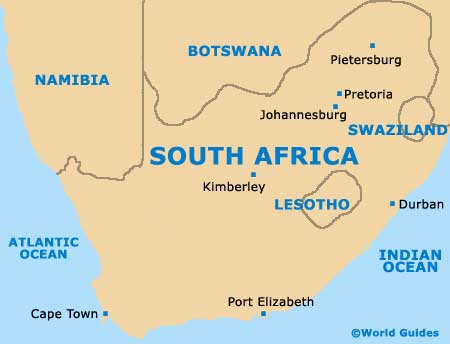 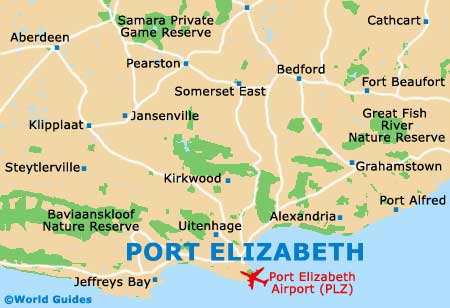