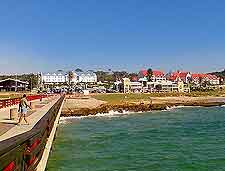 Port Elizabeth is considered to be a relatively safe and very beautiful South African city, and is surrounded by a series of enormous townships. The layout of Port Elizabeth has rather been shaped by its elevated motorway, which separates the Central Business District (CBD) and the Indian Ocean.

Life in Port Elizabeth is greatly influenced by its stunning coastal setting and it is the plentiful beaches that are responsible for the city's tremendous popularity and tourist appeal. Not only is the city known for its harbourfront, but also for being home to the acclaimed Nelson Mandela Metropolitan University (NMMU). 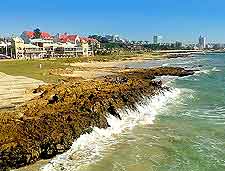 The Donkin Reserve serves as the base for the city's official tourist information and is also an interesting attraction in its own right. Offering an extensive supply of city maps and leaflets about local walks, the Donkin Reserve is well worth visiting and will allow you to make the very most of your time in the city of Port Elizabeth.

Look out for the information about the Donkin Heritage Trail, which takes visitors on a route past some of the city's most historical buildings. 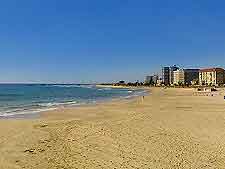 Tourists spending time in Port Elizabeth and heading in from either Western Europe or the Commonwealth countries, as well as with the countries of Japan and the United States, will automatically receive entry permits to South Africa, completely free of charge.

All visitors to Port Elizabeth and South Africa as a whole are entitled to receive a 90-day visa, although this will expire once you leave the country.