Cairo many be home to many of Egypt's most famous attractions, but just a relatively short distance away are many further historical monuments, sights and attractions that warrant a visit. The coastline alone at Alexandria is worth the trip from Cairo, with sandy beaches and many waterfront attractions being amongst the highlights here, while life in the nearby town of Suez is centred around its enormous canal.

Also close to Cairo is Minya, an interesting town with a handful of attractions, while to the north, the city of Tanta is best known for its huge religious 'Moulid' festival, which is a major event in Egypt and regularly attracts crowds of more than one million people. 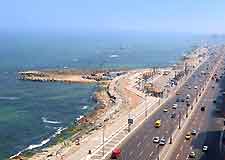 The coastal resort of Alexandria is an appealing tourist destination and lies directly north-west of Cairo. Alexandria is a particularly historic city and whilst it does contain a number of historical monuments and attractions, you will need to search them out. Popular sightseeing opportunities in Alexandria include the Graeco-Roman Museum, the Roman Amphitheatre, the Alexandria National Museum and also the Catacombs of Kom ash-Shuqqafa. 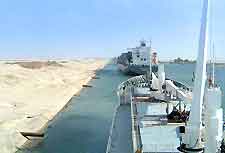 The seaport town of Suez lies to the east of Cairo and has a population of more than 500,000 people. A bustling spot centred around the confluence of the southerly entrance to the Suez Canal and the Red Sea, Suez is a great place to watch some enormous boats sail by. The main attractions in Suez are based around the mouth of this world-famous canal and the town's laid back, relaxing atmosphere, a welcome change from some of Egypt more popular tourist destinations.

Minya is often referred to as the 'Bridge of Upper Egypt' and is a provincial capital, sited around 240 km / 150 miles south of Cairo. A pleasant town with a troubled past, Minya enjoys an appealing setting next to the River Nile and a rather interesting architecture within the actual town centre itself, where horse-drawn carriage rides are amongst the main attractions. Trains travel to and from Cairo, with a journey time of between three and four hours

Tanta is the biggest city in the whole of the Nile Delta region and lies around 90 km / 56 miles to the north of Cairo. Tanta is known for its grand mosques, the most important of which is dedicated to the historic Moroccan character of Sayyed Ahmed al-Badawi. One of the main attractions in Tanta is the yearly religious festival of 'Moulid', which celebrates the life of Sayyed Ahmed al-Badawi and takes place towards the end of October.