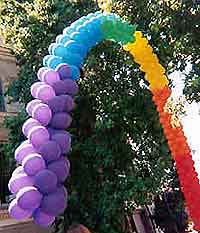 Oregon's city of Portland is generally very welcoming when it comes to lifestyle choices and accepting of same-sex couples, although as with most cities, from time to time you will encounter disapproving people. The local gay and lesbian community tends to be fairly understated and there is no defined 'gayborhood' as such, with LGBT locals tending to hang out all around the downtown district and beyond.

There are a number of gay cafes, bars and clubs to be found within some of Portland's neighborhoods and along busy roads. These include the Burnside Triangle, the Goose and Hollow district, the Hawthorne area, Northwest Nob Hill and Southwest Stark Street.

Advertising itself as the most popular gay men's bar and club in the whole of Portland is Silverado, which resides on Southwest 3rd Avenue, within the downtown district. Silverado offers live dancing every night of the week and many fun events throughout the course of the year, such as parties on St. Patrick's Day (March 17th), Memorial Day weekend (late May), Independence Day (July 4th) and Labor Day weekend (late August to early September). 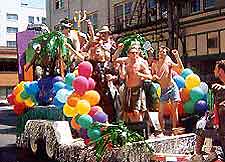 In the Northeast neighborhood, Eagle Portland is a particularly relaxed gay bar suiting manly men, where a real sense of community is promoted.

Elsewhere, look along East Burnside Street, Southeast Morrison Street and Southeast Stark Street, within the Southeast neighborhood, and on Northwest 2nd Avenue in the Chinatown area of Old Town Portland, where the low-key Fox and Houses bar is a real draw.