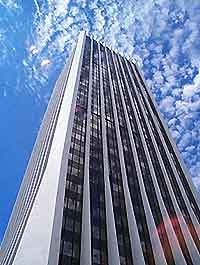 One of the most livable cities in the US, Portland is known for its laid back atmosphere, abundant green sites, progressive environmental policies and lavish artistic and theatrical life. Portland's neighborhoods and districts reflect a conglomeration of these assets and each area is imbued with its own particular flavor and peppered with unique attractions. The Willamette River slices Portland into two distinct sections, the East Side and West Side, which are subdivided into smaller districts and neighborhoods.

Ensconced within Portland's central city area, the Cultural District is named after its plethora of art galleries and theaters, and is the heart of downtown's cultural activities. Major attractions in this area include the Oregon Historical Society, Portland Art Museum, Portland Centre for the Performing Arts and the Northwest Film Centre.

Portland's funkiest and most alternative area, Hawthorne District, is located in the city's inner southeast section and is an eclectic mix of microbreweries, bookstores, antique dealers, delis, bohemian coffee shops and ethnic restaurants. Though it is perhaps not the place for Portland's more conservative visitors, Hawthorne is nevertheless one of the city's most interesting areas, with lively streets and bohemian establishments frequented by old and young hippies, liberal college students, artists, musicians and political liberals.

Portland's East Side district is a collection of residential neighborhoods, blended with modern commercial developments. The northern section of the East Side is home to the Lloyd District, a significant civic hub containing the Rose Garden Arena sports stadium, the extensive Lloyd Centre shopping mall and the Oregon Convention Centre. 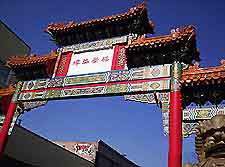 Located a stone's throw away from the Pearl District, Portland's compelling Old Town District and Chinatown is southeast Portland's vibrant hub of arts and entertainment. Old Town Portland was the beating heart of the city's late 19th century era and is currently once again a thriving centre with a bevy of popular live music venues, stand up comedy clubs and transient movie sets.

A large portion of the Old Town district in Portland is made up of Chinatown, where ethnic retailers have been trading since the 1880s. Oriental facades, cherry trees and red lanterns embellish this pretty neighborhood, which is the city's prime location for Chinese cuisine and the site of the lovely Chinese Garden, where visitors can wander among intricate rockeries, manicured gardens and decorative carvings.

Otherwise known as Nob Hill, Northwest Portland is an affluent district of leafy avenues flanked by Georgian and Victorian mansions, art galleries, retailers, restaurants and brewpubs. Take the time to explore this tranquil neighborhood on foot, making space in your itinerary for a detour into one of the prolific brewpubs that are nestled in among the greenery and manor houses. Nob Hill is connected to downtown Portland's Cultural District and the Pearl District by the Portland Streetcar. 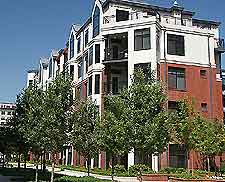 Portland's Pearl District has emerged from its industrial era pupa to become one of the city's most chic and elegant areas. Formerly characterized by dilapidated warehouses and struggling artists, the Pearl District has been transformed into an über-stylish neighborhood that holds a profusion of contemporary stores, exotic boutiques, trendy cafés and superb restaurants. Crumbling factory buildings have been revamped and converted into modern loft apartments and row houses, and the area's ever present creative energy has come into full bloom, with more art galleries here than anywhere else in Portland. The Pearl District is linked to the Cultural District and Northwest Portland (Nob Hill) by the Portland Streetcar system.