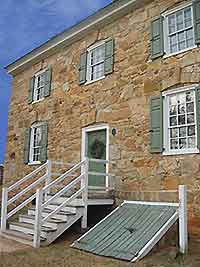 Beginning life as a pioneer outpost at the junction of two traditional Native American paths, Charlotte gradually transformed into one of the most important economic centers within the eastern United States, thanks in no small part to its strategic location and proximity to resources.

Charlotte has always been at the heart of regional power struggles, booms and busts, and today it is North Carolina's largest city, with an impressive range of urban amenities.

Naming itself after Queen Charlotte, the wife of England's King George III, this little trading outpost knew how to grease the geopolitical wheels right from the start. In 1755, the first Europeans settled at the crossroads of two important Native American trading routes. The spot where Thomas Polk built this first cabin is today the intersection of Trade Street and Tryon Street, in the heart of modern downtown Charlotte, at a location known as simply 'The Square'.

Everything changed for the history of Charlotte when a 12-year-old boy stumbled upon a giant 17-pound rock in a stream bed that turned out to be solid gold. Once news of this startling find spread in 1799, America's very first gold rush began. Although the boom was short-lived, it helped to build the town's infrastructure and many people who arrived seeking fortune stayed on to pursue other industries, like cotton and tobacco.

The gold rush also saw the creation of the Charlotte Mint in 1837, which was quickly constructed to process all the gold. Today, the original mint building houses an important art museum. 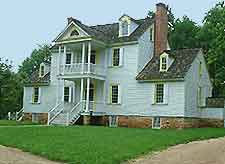 The next major boom for Charlotte came just after the American Civil War, when the city emerged as one of the key railroad hubs in the region and became a major cotton-producing center. This combination spurred an explosion in textile manufacturing and distribution for the city.

Industrialists such as James Duke took notice of this prosperous city, a model of urban success in what was then known as the New South. Department store magnates, energy visionaries and bankers all moved their headquarters here in the early 1900s, heralding a new era in Charlotte's history.

Banking, alongside other local industries, continued to be the main economic engine of this city. During the 1970s and '80s, the city was a magnet for big banks. Today, only New York City is a larger banking center in the United States, although modern Charlotte certainly has plenty of other things going for it.

A respected university provides a solid dose of culture and academia to the city, while professional sports teams in basketball and NFL football keep Charlotte in the nation's eye. It is safe to say that the future history of Charlotte seems well on track, with its nickname as the 'International Gateway to the South' being a mark of its reputation as a successful and popular metropolis.