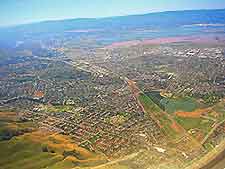 Often seen as the 'grubby' little brother to San Francisco, the city of Oakland has a history just as colorful and important as its more glittering and prosperous sibling across the bay.

From its Spanish colonial roots, Oakland boomed as a port and industrial powerhouse once it was linked with the eastern United States by rail. Today, it serves as an affordable alternative to San Francisco, boasting a diverse blend of ethnicity and business that makes it a popular city in which to live in.

Although the Spanish, and later the Mexicans, controlled the area where Oakland now sits, up until the end of the Mexican-American War in 1848, it wasn't until the railroad arrived that the city really took off. The history of Oakland began in 1868 when it was chosen as the terminus for the first transcontinental railroad, which ended at the Port of Oakland. Today, this ranks as America's fifth-busiest port.


With the railroad came jobs, business opportunities and a flood of migrant workers. This melting pot shaped the ethnic layout of Oakland, creating the distinct 50 or so village-like neighborhoods that are still enjoyed today for their individual atmospheres. From Chinatown to the Latino Fruitvale district, there is a great range of diversity in this city.

With the city having been fortunate not to be destroyed by the massive 1906 San Francisco earthquake, the population nearly doubled overnight. By the 1920s, the history of Oakland was being shaped by industry. From automobile factories to canneries and shipbuilding, the city's busy port ensured great trade. During both World Wars, it served as a major center of wartime manufacturing. 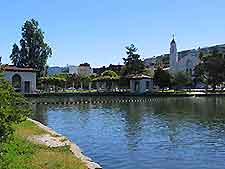 Hard Times for the City

After WWII, Oakland found itself increasingly at odds. By the end of the 1950s, the city's population was becoming more impoverished and racially divided, with tension between whites and blacks boiling up as the 1960s went on. While the turmoil and energy of this decade produced a red-hot funk music scene, it also spawned the radical Black Panther Party, saw the rise of the Hell's Angels motorcycle gang and devolved into one of America's most violent and drug-ridden cities.

Professional sports have been a major source of Oakland pride since the 1970s. The Oakland A's baseball team won the World Series three years in a row, the Raiders won the NFL SuperBowl in 1977 and the Warriors were NBA basketball champions in both 1974 and 1975. This kind of community victory helped Oakland rediscover itself, and professional sports games are still a major attraction for visitors. 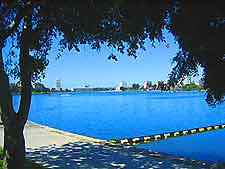 In recent years, this city on the East Bay has been striving to write a new history based on urban culture, performing arts and a diverse dining and nightlife scene. Its many summer street festivals celebrate its rich ethnic heritage, while theaters, jazz clubs and trendy neighborhoods like Jack London Square continue to transform this once dangerous city into a hot spot for visitors looking for an alternative to San Francisco.

The Oakland Museum of California showcases the entire history of this important city through its art, culture and nature, right in the heart of downtown. Art galleries can be found all over the city, especially in Uptown, and famous native writers like Gertrude Stein, Maya Angelou and Jack London have helped urge Oakland's literary scene into bloom.