Oakland Weather, When to Go and Climate Information 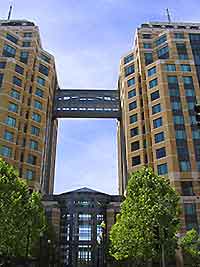 Oakland is home to a moderate climate. The summer months in Oakland, from July to October, feature typically dry, warm and sunny weather.

Summer weather in Oakland can reach highs of 21°C / 70°F during August and September, with many fine days. Night-time fog can occur during this season, but this usually clears by the morning.

Wet weather in the Oakland area is spread throughout the year, although more rain falls during the winter months. The average annual precipitation / rainfall in Oakland is around 23 inches / 58 cm.

Winter weather in Oakland is generally mild, and January is usually the coldest month of the year in Oakland, when daytime temperatures can reach daytime highs of 13°C / 55°F, dropping to around 8°C / 46°F during the night.


The following are the normal daily temperature ranges for Oakland: