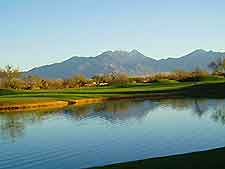 Eusebio Francisco Kino, a Jesuit missionary, was the first non-indigenous visitor to the tiny settlement of Tucson. In 1692, he arrived in the Santa Cruz River valley and established the neighboring San Xavier del Bac mission at the very beginning of the 18th century.

Full Spanish colonization took place in 1775, with a secure fortress erected close to the present-day downtown site of the Pima Courthouse. During this time, Apache attacks on the settlement were commonplace. Tucson was eventually seceded to Mexico in 1821 after the country became independent from Spain, although for a brief period in history, during the Mexican-American War, it was captured and held by the Mormon Battalion.

Apache and the Civil War

Finally returned to American ownership via the Gadsen Purchase treaty, signed in 1853 and ratified in 1854, Tucson was taken over by the US military in 1856 and this small town was established as a staging post for the San Antonio-San Diego mail route and the Butterfield Overland Mail. However, still plagued by frequent Apache assaults, the town didn't remain a staging post for long.


Heavily involved in the American Civil War, Tucson became the Confederate Arizona Territory's western capital in 1861, although its Confederate forces were ejected by the California Column just one year later. By 1877, the city had grown substantially and became the capital of the newly defined Arizona Territory, which marked a major event in Tucson history. 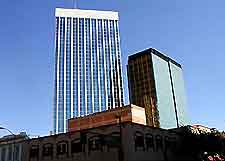 TITLE2]Wyatt Earp and the Wild West During the following years, the city became a hub for various highway bandits, stagecoach robbers and generally lawless characters, with gunfights and violence standard in the region. Famed US Marshall Wyatt Earp paid a visit here with a few friends to deal with an especially troublesome gang of outlaws, who were allegedly responsible for the murder of Earp's younger brother. Having disposed of the assassin, Earp and his friends set out on a vendetta, killing three more members of the gang before they left Tucson.

In 1912, Arizona's statehood became a reality, with over 7,000 people living in Tucson at the beginning of the 20th century. Its university, founded in 1885, was beginning to attract the attention of academics, as well as students, including members of the city's Asian population. By 1920, the population had grown to some 20,000 and by the immediate post-WWII years, almost 120,000 people were in residence.

During the city's early post-1912 years as the 48th US state, it was Arizona's largest city, attracting commerce and industry, along with veterans gassed during WWI, who were arriving at the newly-built Veterans' Hospital for recuperation and therapy, enjoying the clean, dry air of the region. The city's prominence was boosted by the opening of the Tucson Municipal Airport in the late 1920s, a world first for the steadily growing conurbation.

Nowadays, tourism makes important contributions to the city's economy, with middle- and upper-class Mexicans traveling here to buy goods that are not readily available in their home country. Winter residents, known as 'snowbirds', also contribute to the local economy, drawn here by the mild winter weather, the resorts and hotels, and the attractions.

Tucson's development from an 'Old Pueblo' - the local nickname for the city, to a buzzing metropolitan hub of currently over half a million American, Mexican, Native American, European and Asian people is certainly quite an achievement.