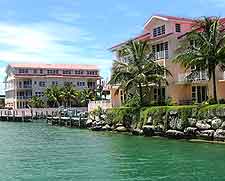 As the second-biggest city in the Bahamas, Freeport has become one of the most prosperous and appealing destinations on this island paradise.

It is hard to believe that its history only began as recently as 1955 - previously swamps and pine forests were the only things which stood in present-day Freeport, that is before Virginia businessman Wallace Groves established the community as a popular holiday getaway and business hub. Freeport soon grew in stature to become the Grand Bahama island capital. Of note, the city is situated just over 100 km / 62 miles from Palm Beach, Florida.

Lucaya, the Freeport suburb boasting most of its modern tourist attractions, was named after the Lucayan tribe, but Grand Bahama's earliest known residents belonged to another tribe called the Siboney. Jewellery and shells are all that remain of the Siboney, who lived and fished on Grand Bahama around 5,000 BC. 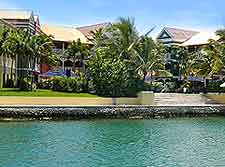 The Siboney disappeared and were replaced by the Lucayans, also known as the Arawaks, a broad tribal group who migrated from the Amazon region to the Caribbean approximately 6,000 years ago. About 4,000 Lucayans lived on Grand Bahama at the time of Christopher Columbus's 1492 voyage, but very few remained following its rapid and rather ruthless Spanish colonisation.

Although the Spanish quickly enslaved and sent the Lucayans away from Grand Bahama after claiming it in 1492, they surprisingly showed very little interest in their newly founded colony. Grand Bahama's history remembers that the surrounding shallow reefs were treacherous for many sailors, meaning that shipwrecks were relatively common and frequent occurrences. 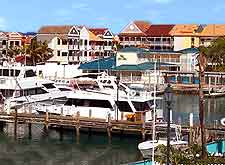 Both privateers and pirates became regular visitors to Freeport after the Bahamas fell under British rule in 1670. However, at this time there was an increasing number of settlers simply looking for religious freedom and soon, various settlements and ports were successfully established throughout the island.

Control over the pirates was gained in the early part of the 18th century, meaning that Grand Bahama could now enjoy a considerably more peaceful and relaxed existence during the next couple of centuries. 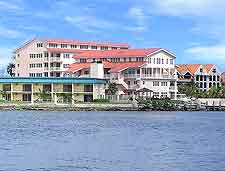 During the American Civil War, Grand Bahama was to become a haven for smugglers of goods to the nearby Southern American states, which were under a Union embargo and blockade.

Although this brief spell of prosperity ended with the war, another smuggling boom cropped up during the American prohibition on alcohol. Numerous bars, inns and distilleries opened on Grand Bahama, only to close down once prohibition was rescinded in the United States. 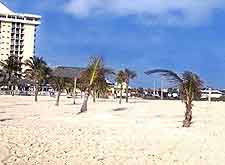 Despite Grand Bahama's close proximity to the United States, it was the least developed Bahamian island until Wallace Grove altered the history of Freeport, by developing the area as a realistic alternative to Cuba for American tourists in 1955.

Although two strong hurricanes temporarily halted Freeport's steady flow of tourists, the city once again welcomes in the region of one million visitors on an annual basis. Freeport's most popular attractions include its downtown International Bazaar, Rand Nature Centre and annual New Year's Junkanoo festivals, while the dreamy tropical beaches also act as a magnet for holiday makers. The Lucayan National Park is another major draw card and boasts an intricate underwater cave system beneath its five distinct ecological zones.