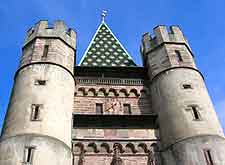 Ranging from historical market places and ancient churches, to medieval city walls and gateways, the landmarks and countless monuments in the Swiss city of Basel and varied to say the very least. Look out for the city's charming Fischmarktbrunnen (Fish Market Square), where fishmongers once gathered to sell the day's catch.

The Cathedral of Basel (Münster) is amongst the most photographed landmarks and has its origins as far back as 1019. Inside, the cathedral boasts atmospheric cloisters, a beautifully carved pulpit, many important tombs and elaborate Romanesque carvings, which are at their most obvious around the northern St. Gallus doorway. 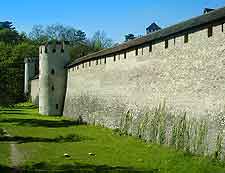 Address: Schönbeinstrasse, Am Ausseren Ende der Spalenvorstadt, Basel, CH-4051, Switzerland, CH
The medieval Gate of Spalen was once part of Basel's ancient city walls, which were almost completely destroyed during the 19th century to allow much needed expansion. This particular gateway dates back to the 14th century and is one of the three still remaining today. The Spalentor has long been regarded as an iconic landmark and still retains a rather imposing portcullis, faithfully reconstructed entirely from oak.
Open hours: daily
Admission: free 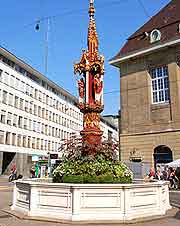 Address: Fischmarkt, Basel, Switzerland, CH
The most attractive of the Basel's fountains, the Fischmarktbrunnen lies within the city's business quarters and on the Fish Market Square (Fischmarkt). Today, the Gothic Fischmarktbrunnen fountain forms a focal point on this public square and is decorated with figures depicting the Madonna, St. John and St. Peter.
Open hours: daily - 24 hours
Admission: free

Address: Kannfeldstr. 35, Basel, CH-4012, Switzerland, CH
A relatively modern Swiss landmark known for its striking white facade and tall tower, St. Anton Church was built almost entirely from concrete during the early 1930s by local architect Karl Moser. Celebrating the Roman Catholic faith, this grand church is loved by many, and considered to be something of an eyesore by others. Pay St. Anton Kirche a visit and decide for yourself.
Open hours: daily
Admission: free, donations suggested 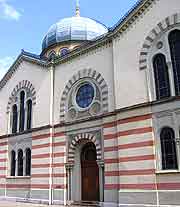 The architecture comprises made traditional Moorish features and is known to have been inspired by the Alhambra fortress in Granada, Spain. A period of restoration work in the 1980s revealed previously hidden ornamentation.
Open hours: daily
Admission: free, donations suggested 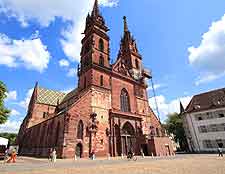 Address: Münsterplatz, Basel, CH-4051, Switzerland, CH
Without doubt one of the most famous landmarks in the whole of Basel, the Münster is a church of staggering beauty. Built predominantly from red sandstone over a period of 500 years from the early 11th century, the Münster was badly damaged by the city's infamous earthquake of 1356, when a total of five towers completely collapsed. Today the Münster is well maintained, comprises two eye-catching spires, and has recently enjoyed a period of intense restoration work.
Open hours: daily
Admission: free, donations suggested