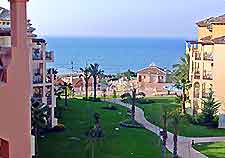 With endless sandy beaches and a coastline of more than 25 km / 16 miles, it is easy to see why Marbella is such a major tourist destination. Marbella is close to Malaga and enjoys a typical Mediterranean-style climate, with plenty of year-round sunshine.

Located along Spain's famous Costa del Sol, Marbella has become known for much more than its beautiful beaches and contains many historic buildings, together with winding narrow back streets, art galleries and shops in central Marbella, authentic bistros, impressive golf courses and scenic harbours, such as the popular José Banús Port (Puerto Deportivo José Banús), where pleasure boats are always on offer.


Life in Marbella is led at a fairly relaxed pace, although both locals and visitors in Marbella know how to party, with a range of lively nightspots on offer. Marbella also features plenty of fine dining, with many top restaurants just a short walk from the beachfront.

A number of tourist information centres are available in and around the resort of Marbella, offering a range of travel tips, brochures about tourist attractions, area maps, accommodation advice and up-to-date events listings. The main tourist bureaus in Marbella can be found along the Plaza de los Naranjos in the city centre, and also close to the seafront, on the Glorieta de la Fontanilla. 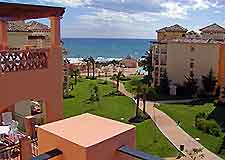 Spanish is the third most widely spoken language in the world, behind Chinese and English. Although Spanish is the main language in Marbella, English, French and German are usually spoken and understood at most attractions, galleries, hotels and restaurants catering for tourists. When visiting locations outside of Marbella, consider taking a phrase book.

Tipping is quite discretionary in Marbella, with taxi drivers usually being grateful with a little rounding up when paid, although this is by no means mandatory. Restaurants always include service charges by law and these should be clearly indicated on the menus, although a tip will still be expected and very much appreciated. Hotel staff, such as luggage handlers, happily accept a small tip. Generally, no other public service workers in the resort of Marbella expect to be tipped. You should always pay tips in cash, so that the person it is intended for receives it fully. 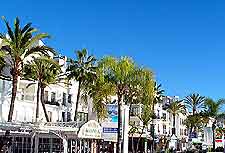 The national religion of Marbella and throughout Spain is Roman Catholic, although most other faiths and religions are also represented in Marbella, such as Protestants and Muslims. There are an enormous and diverse selection of churches that welcome visitors and these often operate a fairly formal dress code, where shorts and revealing tops may not be allowed. One of Marbella's most important churches is the Church of the Incarnation (Iglesia Mayor de la Encarnación), which can be found in the city centre.

Harsh fines are enforced for those caught smoking in specified no-smoking areas in Marbella, and as of January 2006, these laws have been tightened. All offices, public buildings, places serving food, and venues catering for children in Marbella must be predominantly smoke-free, with many people choosing to smoke outside or in strictly designated areas. In Marbella, it is always a good idea to be diplomatic and choose your place to smoke carefully, or alternatively only smoke when others nearby are already smoking. 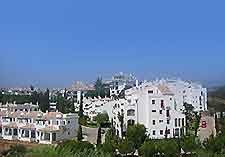 Although on the whole Marbella is a safe place to visit, being a busy holiday resort it can attract pickpockets and bag snatchers who take advantage of large crowds of people. Consider wearing handbags and cameras across your body, and using a discreet money belt. Also, if possible park hire cars in the hotel parking area in Marbella, and never leave valuables on show in parked cars or hotel rooms.

VAT (IVA) is always included in the price and refunds are unusual in Marbella and throughout Spain. Tourists visiting the area from countries outside of the EU may claim tax refunds where the item was bought for personal use and cost more than a certain amount. Most shopkeepers in Marbella will be able to provide further information about taxes, if necessary.