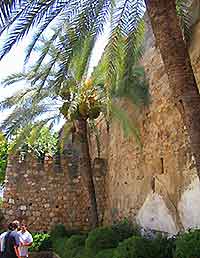 Marbella is home to a surprising number of historical landmarks and monuments, with many significant buildings in and around the centre. Known for its Arab heritage, the Murallas del Castillo are ancient castle walls and provide an insight into the area's past inhabitants.

Address: San Pedro de Alcántara, Marbella, 29678, Costa del Sol, Spain
Tel: +34 95 278 1360
The Las Bóvedas are the remains of Roman baths which were once an important part of local life in Marbella, used for bathing and socialising many years ago. Once an opulent building, these are some of the best Roman remains in the San Pedro area, together with the nearby Villa Romana de Rio Verde. Guided tours of the old Roman Baths are available.
Open hours: guided tours at 12:00 on Tuesday, Thursday and Saturday
Admission: free 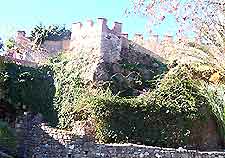 Address: Salinas, Marbella, 29600, Costa del Sol, Spain
A notable reminder of the city's part, the Murallas del Castillo stands in the historic Old Quarter and was once part of an ancient Arab castle, dating back to the 10th century. Sections of the castle and the walls have been restored and this is a site of extreme local importance.
Open hours: view from the outside only, not open to members of the public
Admission: not open to members of the public

Address: Urbanización Linda Vista Baja, San Pedro de Alcántara, Marbella, 29600, Costa del Sol, Spain
Tel: +34 95 278 1360
An unusual landmark of extreme historical significance, the Basilica Vega del Mar was once a beautiful building, dating back to the 4th century. All that remains now are historic ruins, although much of the structure and layout is still visible, offering an insight into the past. Many notable artefacts and archaeological treasures were found here during excavations are now displayed at the National Archaeological Museum.
Open hours: guided tours on Tuesday, Thursday and Saturday at 12:00
Admission: free

Address: Plaza de la Iglesia, Marbella, 29600, Costa del Sol, Spain
Tel: +34 95 277 3136
A beautiful church standing in central Marbella, the Iglesia Mayor de la Encarnación was built at the beginning of the 16th century, being restructured and remodelled a number of times over the years. With impressive period architecture, three naves and an elaborately decorated interior, this church features regular daily masses and hosts a number of religious events throughout the year.
Open hours: daily
Admission: free