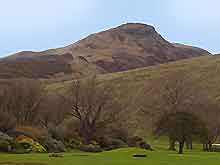 The volcanic rock on which Edinburgh Castle still stands has been settled by man since the earliest recorded history. Although Roman forces advanced as far north as Edinburgh by 79 AD, they were never really able to control Caledonia and by 211 AD they had retreated back to Hadrian's Wall.

The historic city we know today can be traced directly back to its medieval roots. King Malcolm III and Queen Margaret built a castle and chapel here. Their son, King David I, built an abbey at Holyrood. Between the castle and the abbey grew up a road, and along that road grew a thriving town.

Edinburgh was created a royal burgh by King David I, along with 14 other towns in Scotland. The granting of freedom of trade to the local community did much to make the city's fortune. In 1437, Edinburgh was officially made capital of Scotland. Later, a wall was built to defend the town against English attack and the area at the foot of the castle was flooded to strengthen its northern defences.


In 1532, the Court of Session was formally set up in Edinburgh by James V. It meant that the town played an important administrative role under the Stuart royal dynasty. During the 16th century, Edinburgh was one of three towns (the others were Aberdeen and Perth) to have a population that exceeded 5,000. Its wealth was also increasing because of a lively trade in wool and leather to cities all over Europe. By 1650, however, the Old Town area had become an unattractive place in which to live. Many of those who could do so decided to move to new suburbs, including Leith, Dalry and Dalkieth. 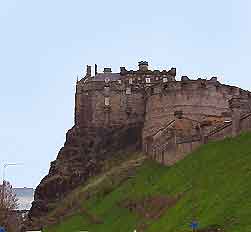 The Rise of a New Town

In 1707, a political union was made between Scotland and England. Henceforth, Scottish politicians had to travel to London to take their seats in the new British Parliament. Meanwhile, Lord Provost George Drummond had a vision of an even greater Edinburgh. It included the building of a new medical school and the draining of the loch to the north of the castle, where Waverly Station stands today. Nevertheless, Edinburgh continued to grow upwards, with the building of high-rise tenements that are still such a feature of the city today.

There was no denying that the Old Town was overcrowded. Plans were made, therefore, to build a new town to the north of the historic centre and work began in 1795. It was a huge construction project. Responsibility for its success fell on the shoulders of a 22-year old architect called James Craig.

Throughout the 19th century, Edinburgh's middle classes continued to grow in wealth and number. In fact, the town became known as something of a centre for intellectuals. Some of the cultural and literary figures who lived here include Robert Louis Stevenson, Sir Arthur Conan Doyle and Sir Walter Scott. Other prominent figures included the economist Adam Smith and Alexander Graham Bell. Edinburgh also became a financial centre, with the Royal Bank of Scotland setting up its headquarters here at this time.

By the 1860s, it was clear that there was a dire need to modernise the Old Town. It came in response to recurrent typhoid and cholera epidemics. The revival of this historic part of the city appears to have been aided by one man in particular. Sir Patrick Geddes revived the university and made the Old Town attractive to the middle and professional classes once again. The year of 1889 saw city status granted to the capital. 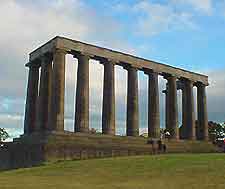 At the beginning of 20th-century history, the Port of Leith fell into disuse. As it went into decline, so too did the city's Old Town and New Town areas. Then, in 1947, the first Edinburgh Festival was held, breathing new life back into the city and reviving its fortunes. Ill-conceived attempts to redevelop the city during the 1960s were brought to a halt thanks to the efforts of conservationists. Thus, the city of Edinburgh has managed to preserve much of its historic charm and architectural significance for posterity.

In 1999, the Scottish Parliament was re-instituted after a 292-year recession. A brand new and highly controversial building, designed by the Spanish architect Enric Miralles, was built at the foot of the Royal Mile and named simply, the 'Scottish Parliament Building'.