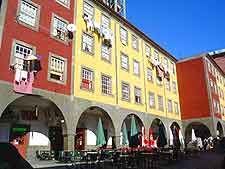 You will be able to eat out extremely well in Porto, with dining options ranging from cheap eats to upmarket restaurants for even the most fussy foodies. Many of the restaurants and eateries in Porto boast an array of gastronomic Portuguese specialities and these include rich tripe stews (tripas), which are known to have been a firm favourite of locals for around 600 years.

Fine dining in Porto regularly features seafood, which is hardly surprising considering the resort's beautiful coastal setting. Also popular at the city's Portuguese restaurants is 'bacalhau', (dried salty cod), along with a variety of grilled and skewered meats, such as the ever popular 'frango no espeto' (spit-roasted chicken). And of course, what better way to finish a meal in Porto than to wash it down with a glass of the city's world-famous fortified wine, port, which is often served with cheese and nibbles. 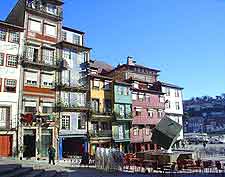 Many reasonably priced restaurants and eateries in Porto are concentrated within the central Ribeira district, where the Churrasqueira do Infante on the Praça Infante Dom Henrique is one of the cheapest and most popular options, particularly with students and backpackers.

Also in this part of Porto are a number of good restaurants along stretches such as the Rua Belmonte, the Rua Mouzinho da Silveira and the Rua Ferreira Borges. 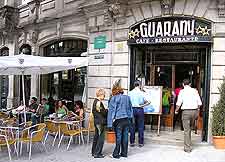 Also popular in Porto's Ribeira district are the dining options along the Cais da Ribeira, where many touristy riverside restaurants and similar tavernas await, such as both the Casa Filha da Mae Preta and the Don Tonho. Further restaurants in Porto are to be found around the endless backstreets within Batalha, Bolho and Cordaoria, and around the waterfront in Vila Nova de Gaia, where the family-run Restaurante Imar comes highly recommended. Also look for eateries along the Avenida dos Aliados and close by, on the Rua do Ateneu Comercial do Porto, the Rua do Bonfim and the Rua Sampaio Bruno.