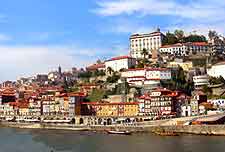 There really is a stream of annual celebrations and lively festivals that visitors can enjoy when staying in the Porto area. Many of these events and related things to do are traditionally Portuguese in their nature, while other festivals are distinctly more worldly, such as the major International Fantasy Film Festival (Fantasporto), held each year in Porto during the month of February.

Porto also boasts an especially well-developed music and theatre scene, and the city publishes a useful monthly guide to the most notable cultural events. Also worth looking out for is the Jornal de Noticias newspaper, which contains the very latest events listing and is available from most news-stands around the city. 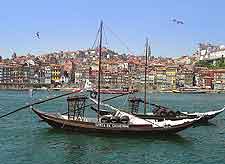 Other especially popular events in Porto include the Festival of Celtic Music (Intercéltico do Porto) each March, the Queima das Fitas in the middle of May, and the International Theatre Festival of Iberian Expressions (Festival Internacional de Teatro de Expressao Ibérica), which takes place at the very end of May every year.

A particular highlight is the Festa de Sao Joao, which is perhaps better known to visitors as St. John's Festival and is the biggest annual party to be held in Porto, taking place on June 23rd and including all kinds of live music, street entertainment and the unusual custom of hitting people on the head with plastic mallets. Lovers of rock music will be delighted to find that Porto hosts the week-long Festival of Portuguese Rock (Noites Ritual Rock) each August, or if folk music is more your thing, then be sure to check out the International Folk Festival (Festival Internacional de Folclore) in late July, which is always a crowd pleaser.