Getting Around, Naxos Travel, Transport and Car Rental 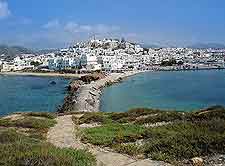 Those based in Naxos Town (Hora) itself will probably find that the easiest way to travel around is simply on foot. If you wish to reach other towns, resorts and beaches around the island, bus transport tends to be the best option, although for sheer convenience, taxis are hard to beat.

Car rental is a very popular mode of transport with holiday makers flying into Naxos Island National Airport. The price of car rental varies greatly throughout the year, being at its most expensive during the peak month of August. However, even the daily travel rate during August is quite reasonable, with motorcycles being approximately half the price of cars. 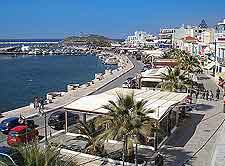 Located just 3 km / 2 miles from Hora, which lies directly to the north, Naxos Island National Airport is an important gateway onto the island. Although there is a limited bus service available at the airport, some hotels do choose to provide their own minibuses and there are also a number of buses passing very close by, which travel to resorts such as Agia Anna and Agios Prokopios. Taxis are also on hand and quite inexpensive, particularly when booked ahead of your arrival. Both Olympic Airways (Athens) and also Lauda Air (Graz and Innsbruck) are amongst the main airlines operating at the Naxos Island National Airport (JNX). 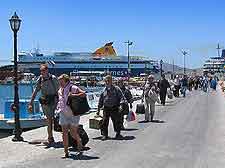 A very reliable and popular rental centre is located on the Plateia Evripeou. Naxos is far less affected by the Greek tourism industry than other nearby islands and so using rental transport to travel around the island is the perfect way to reach some very traditional villages, such as Koronida and Moni. The quality of the roads is quite inconsistent at times, but the views from the coastal roads are awesome, and a little distracting. 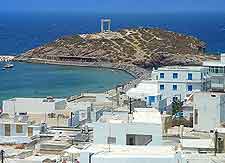 Bus transport is a good budget option on Naxos, allowing tourists to reach all of the main beaches, resorts and attractions with relatively little expenditure.

All of the main villages are connected by buses from Hora, which also travel to destinations such as Agia Anna, Apiranthos, Apollonas, Filoti, Halki, Melanes and also Pyrgaki. 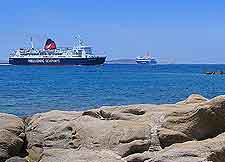 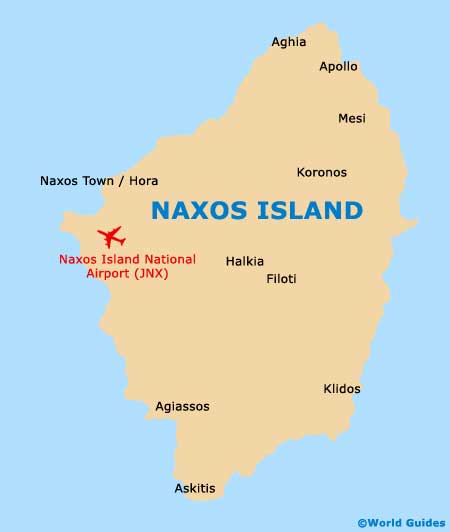