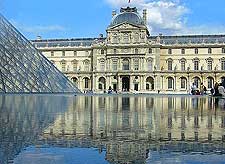 Paris galleries display some wonderful collections of art, including paintings by French and world-famous international artists, both modern and more classical. Works from the early periods explore the history of art, with many wonderful examples being displayed at the renowned Louvre gallery, while there are further museums housing permanent exhibitions that contain works of truly great artists such as Monet, Rodin, Picasso and Matisse, along with a host of others.

Besides permanent exhibitions, Paris art galleries put on additional exhibitions of contemporary and historical works. This is certainly the case at the simply vast Musée d'Orsay, which is a real 'must-see' and stands on the left bank of the River Seine. Some of the top galleries worth visiting in Paris have only a small admission charge and are therefore really very affordable. 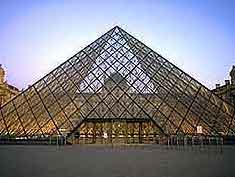 Address: Palais du Louvre, Cours Napoléon, Paris
Tel: +33 (0)1 40 20 53 17
First opened as a public museum in 1793, and with over 300,000 art works, antiquities and statues, Musée du Louvre is considered to be the world's greatest art museum. Amongst the most famous exhibits to be seen here are the Venus de Milo and Leonardo da Vinci's 'Mona Lisa'. The entrance to this museum is through a 21-metre / 67-feet glass pyramid, which was commissioned by former French President François Mitterrand and added during the 1980s. The pyramid was controversial at the time but is now widely accepted.
Open hours: Monday and Wednesday - 09:00 to 21:45, Thursday to Sunday - 09:00 to 18:45
Admission: charge 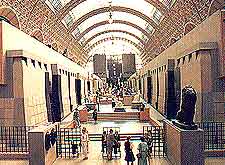 Address: Hôtel Salé, 5 Rue de Thorigny, Paris
Tel: +33 (0)1 42 71 25 21
This museum houses the largest collection in the world of the works of Pablo Picasso. Located in a 17th-century hotel which has been luxuriously restored by the French government as a permanent home for the numerous works of art which were given to the government by Picasso's heirs. Other artists whose works are displayed include Cézanne, Miró, Renoir, Braque, Degas and Matisse.
Open hours: April to September, Wednesday to Monday - 09:30 to 18:00; October to March, Wednesday to Monday - 09:30 to 17:30
Admission: charge

Address: 2 Rue Louis Boilly, Paris
Tel: +33 (0)1 42 24 07 02
This excellent museum is located in a 19th-century mansion, and contains numerous works by Monet and other impressionists. Various other artists are well represented at the Musée Marmottan-Claude Monet, including Pissarro, Renoir, Gauguin and Sisley.
Open hours: Tuesday to Sunday - 10:00 to 18:00
Admission: charge

Address: 158 Boulevard Haussmann, Paris
Tel: +33 (0)1 42 89 04 91
This late 19th-century museum, built originally as a hotel, features displays of arts from the Italian Renaissance and 18th-century France. This was the collection of banker and art-lover Edouard André and his wife.
Open hours: daily - 10:00 to 18:00
Admission: charge 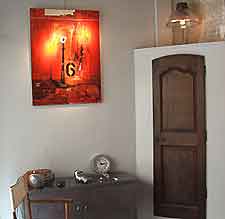