Getting Around, Liege Travel, Transport and Car Rental 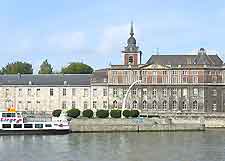 Located within the Ardennes region of Belgium, Liege is easy to reach and travel around, being extremely close to the airports around Brussels. Within Liege itself, public transport consists mainly of buses, which are used extensively by locals and visitors, and are considerably cheaper than taxis.

Most bus transport here converges at the hub around the Place St. Lambert, passing through many central locations in the city, such as the Place Lèopold and the Place République Française. Public buses also travel to the Place de la Cathédrale and link the Liege railway station.


Much of central Liege lends itself to walking or cycling, although do bear in mind that some hills can be a little steep. A big advantage for cyclists over other forms of transport is that they are often permitted to travel in both directions along one-way streets, meaning that considerable time can be saved and unnecessary confusion avoided. 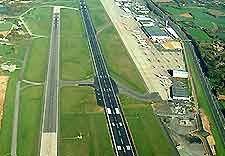 The majority of people flying into Belgium and heading for Liege will arrive at one of two airports, either Brussels Airport in Zaventem, or at Brussels South Charleroi Airport on the northerly outskirts of Charleroi. Both of the facilities are just over an hour from Liege and are connected by a number of transport options, such as buses and also trains. Charleroi Airport has become well known for its no-frills budget airlines and serves both Ryanair and also Wizz Air, with shuttle buses providing travel to the Charleroi railway station. 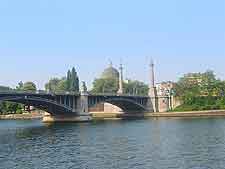 Liege is not like many cities in Belgium, since it does not actually feature an inner-city ring road following the line of ancient city walls. Drivers will find that the main roads around the city centre branch outwards from the River Meuse and can become a little busy at peak times. Many centrally located car parks are on hand, while those looking to travel outside of Liege and explore the Ardennes will find that the E40 is easy to pick up and connects the westerly city of Brussels. Those planning to use their rental car to travel even further field may well use to E25 motorway, to reach Luxembourg and even France. 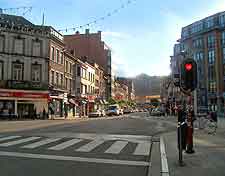 The main bus firm operating within Liege is Belgium's very own TEC (Transport En Common). Bus stops are scattered all around the city and many are extremely modern, displaying the expected waiting time until the next bus actually arrives. The buses in Liege run throughout the day, with a very minimal service offered late at night. Eurolines buses also operate within Liege and depart from outside of their office, which is situated on the Boulevard de la Souvenir. These long-distance buses travel as far field as the Netherlands and Germany. 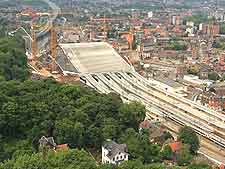 The main railway station in the city is the Gare Guillemots, which is situated to the south-west of central Liege and located around 2 km / 1.5 miles from the Place St. Lambert. With useful timetables and general travel information, the train office is located within the actual station and opens on a daily basis, between the hours of 07:00 and 20:00. Train transport links many cities within Belgium, such as Antwerp, Brussels, Charleroi and Tongeren, while also connecting the German cities of Apache and Cologne, and the French capital of Paris.