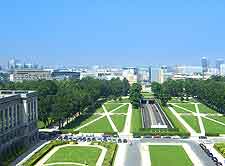 Any tourist visiting Belgium will usually consider a trip to the capital of Brussels an absolute must, and since the attractions of Brussels are only 96 km / 60 miles to the west of Liege, a short excursion here is really quite doable. Other attractions close to Liege can be found within the cities and towns of Antwerp, Charleroi, Leuven and Tongeren.

The city of Antwerp has a huge amount to offer and at 133 km / 83 miles to the north-west of Liege, is highly suitable for a short excursion or weekend break and brimming with attractions. Those visiting Leuven will find that the city is home to one of the largest clusters of bars in the country, where dozens of watering holes and eateries are squeezed around a central square. 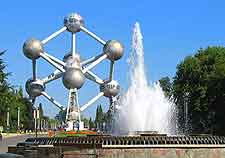 The main tourist attractions within the capital city of Brussels include the Océade water park, Mini Europe and the famed Brouwerij Belle Vue brewery, while for some serious historic architecture, look no further than Egmont Palace, the Palais de Justice and the Royal Palace, which was once an official residence of the Belgian royal family. Brussels also contains more than its fair share of quality museums, with the Royal Museum of Fine Arts of Belgium being especially important. 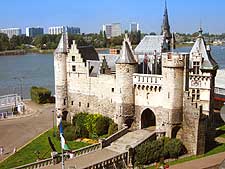 Try not to overlook the appeal of Antwerp, as many tourists do each year. Once in Antwerp, look out for the many attractions centred around the Grote Markt, take a boat trip along the River Scheldt, pay a visit to the famous Gothic Cathedral of Our Lady (Onze Lieve Vrouwekathedraal), or join the crowds enjoying a drink or al fresco meal around the rather touristy Groenplaats Square. If you have time, do check out the Grote Markt, where many guildhalls are famed for their Renaissance-style architecture. 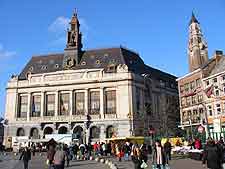 A day trip to Charleroi is quite possible from Liege if you plan to leave early. Around 99 km / 62 miles south-west of Liege, Charleroi has much to offer and its main attractions come in the form of the Musée des Beaux Arts, where you will find an exceptional collection of paintings by artists from the Hainaut area. The Musée de Verre is also extremely important in Charleroi and remembers the city's important glassmaking past. 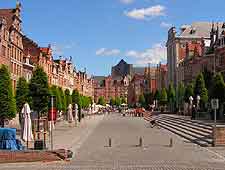 At roughly 75 km / 47 miles to the west of Liege, Leuven is close enough to make its attractions sufficiently tempting for many tourists and can be reached in just over one hour. The main city within the Vlaams-Brabant province, Leuven is not especially large and is called home by some 90,000 residents. Leuven is very much a student city, being home to the historical Katholieke Universiteit van Leuven - KUL, which dates back to 1425 and now features student levels of more than 30,000 and a total of 14 difference faculties.

Within easy striking distance of Liege, the attractions of Tongeren are especially close and lie just 34 km / 21 miles to the north of the city itself. The rich heritage is one of the main draw cards for many visitors to Tongeren, as is the buzzing weekly antiques market, which takes place each Sunday on the Veemarkt and the Maastrichterstraat, and attracts Belgians from far and wide. Make time to visit the Gallo Roman Museum on the central Kielenstraat, which celebrates the city's past.