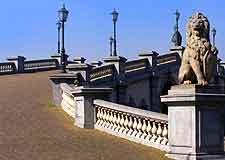 The city of Antwerp comprises a series of different districts, small neighbourhoods, suburbs and surrounding municipalities, each offering something of its own. Whether it be the endless shopping around the central streets of Keyserlei and Meir, the fashion haven of the Latin Quarter, or the famous diamond industry around the Jewish district, visitors to Antwerp will never be stuck for something to do.

Dating back as far as the 16th century, the labyrinth of winding streets in the Vlaeykensgang, located within the Old City district (Oude Stad), are well worth exploring. Or why not head to the Port of Antwerp and enjoy a leisurely cruise along the estuary of the River Scheldt. 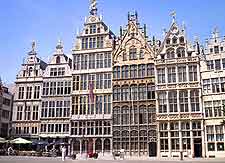 The Old City is where it all began and is today where most tourists begin to explore the Antwerp of today. Much of the action is based around the Groenplaats Square, where many cafes provide outdoor terraces and tables, and street entertainers perform to crowds of onlookers. Situated in the very heart of Antwerp is the Grote Markt (Grand Market Square), a vast public space surrounded by beautiful buildings and classical Renaissance-style architecture.

The Latin Quarter has long been the fashion capital of Antwerp and is filled with boutiques and leading Flemish designers, which are particularly prominent around the streets of Huidervetterstraat and the Nationalestraat. Be sure to check out the bustling Vogelmarkt on the Theaterplein, next to the Frankrijklei stretch, and the glorious Plantentuin botanical gardens on the Leopoldstraat. 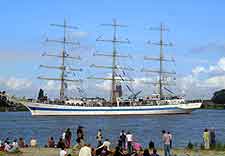 Featuring one of the biggest seaports in the whole of Europe, the Port of Antwerp has been greatly redeveloped in recent years and is surrounded by a range of harbourside attractions and restaurants. For one of the best ways to fully appreciate the scenery, consider taking a cruise around the port, or eat out at Catamaran Castle, an enormous floating restaurant capable of accommodating around 600 people.

Located close to the Grote Markt and within the area of Schipperskwartier, the aptly named Sailor's Quarter contains Antwerp's famous Red Light District. This is a particularly lively spot and contains a number of adult shops, plenty of bars and an exciting nightlife. A number of historic sights are scattered around the Sailor's Quarter of Antwerp, such as the Hessenhuis warehouse of the Falconrui, which was built in the middle of the 16th century.

A revitalised cultural district with plenty of appealing attractions, South Antwerp is known locally in Belgian as 't Zuid and is where you will find the Royal Museum of Fine Arts (Koninklijk Museum voor Schone Kunsten), on the Plaatsnijdersstraat. Many other quality art galleries are scattered around the South, such as the contemporary Muhka Gallery, and the Museum of Contemporary Art (Museum van Hedendaagse Kunst Antwerpen), both of which are located along the Leuvenstraat.

Famed for its diamond industry, the city's diamond district lies just a short walk from the railway station and close to Stadspark. This neighbourhood contains many diamond-related attractions, such as the Diamantmuseum on the Koningin Astridplein, and is also home to a notable Jewish community. Each year at the beginning of November, this district plays host to the annual Antwerp Book Show (Boekenbeurs Antwerpen), which takes place at the Bouwcentrum, on the Jan van Rijswijcklaan.

Close to the Berchem Railway Station and within the city's area known as Berchem, the neighbourhood of Zurenborg is the perfect place for an afternoon stroll. Take a walk down the Cogels-Osylei, which will allow you to fully appreciate to district's fine architecture and grand buildings.