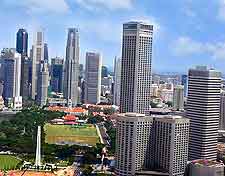 Nestled just off the southern extremities of the Malaysian peninsula, the island archipelago of Singapore is typically referred to as a city state. The history of settlement in the region goes back almost 2,000 years, with its modern colonial and later independent history spanning the last two centuries.

Originally ruled by a succession of small states, present-day Singapore is a major destination on the tourist trail and a sophisticated haunt for residents and visitors alike.

First mentioned some 1,700 years ago in a Chinese account of the region, the area remained undisturbed until the 13th century arrival of Prince Sri Tri Buana, the founder of 'Singapura'. The region attracted the attention of the Mongol Empire in 1320, with its trade mission landing at Keppel Harbour. This was followed some ten years later, when Chinese explorer Wang Dayuan visited the local coastal villages, then known as pirate havens. By the late 14th century, Singapura was a busy trading port. 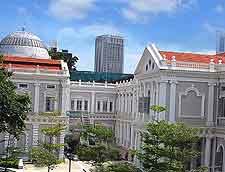 200 Years of Conflict and Colonisation

As Singapore's importance as a trading hub grew, so did interest from empires fighting to gain a foothold in the country. The late 14th century war between Java's Majapahit Empire and Siam's Ayutthaya Empire deposed Prince Parameswara, who was forced to flee.

Singapura later became a fief of the Malacca Sultanate and, by the early 17th century, its ownership had passed to the Sultanate of Johor. 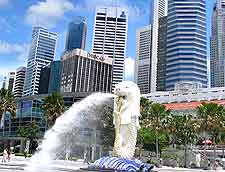 By the early 19th century, European colonial powers had established local settlements, with the Dutch gaining dominance over the spice trade.

Singapore's modern history began in 1818 when Sir Thomas Stamford Bingley Raffles was posted as Lieutenant-Governor of the British settlement at Bencoolen (Bengkulu), on the south-western coast of Sumatra. He founded a new port for British ships serving the opium trade on the crucial route between the countries of India and China. 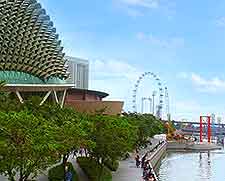 Raffles arrived in 1819, immediately recognising Singapore's potential and founding a free port via a treaty with the ruling Sultan of Johor. Multinational traders flocked to the new port to avoid Dutch trading restrictions and the island came under British colonial supervision in 1823, becoming part of the East India Trading Company in 1824, in spite of strong Dutch objections.

History of the 20th Century and WWII

Now a hub for migrants from China, India and South-East Asia, Singapore became a Crown Colony within the Straits Settlement in 1867, after agitating to disentangle itself from British Indian rule in favour of establishing itself as a separate British colony. Post WWI, a British naval base was constructed as a deterrent to the Japanese Empire's growing regional ambitions. 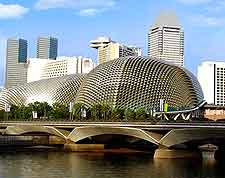 After WWII broke out here in 1942, Singapore was first bombed and then invaded by Japanese forces, who occupied the Crown Colony until the end of the war.

Recovery from devastation was slow, during which time Singapore began its struggle for self-government. This was achieved in 1959, and by 1963 the colony was incorporated into the new country of Malaysia. Due to internal unrest, however, it was expelled in 1965 and became the Republic of Singapore during the same year. Nowadays, Singapore is famous as a vibrant, ultra-modern state.