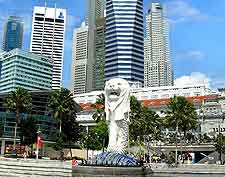 Singapore has many unique and interesting landmarks and monuments, and the average tourist will rarely run out of things to see. You needn't go far either, as popular sights are right within the city centre, as well as out in the suburbs.

Must-see landmarks include the rather odd-looking Merlion - the symbol of Singapore, the busy Singapore Quays - especially the Boat Quay, the elaborate Thian Hock Keng Temple, and the various grand buildings around the colonial Padang area. A world-class public transport system enables easy access to all areas of the city. 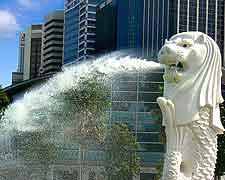 Address: Singapore City, Republic of Singapore, SG
Although a bit of a joke to most Singaporeans, the half-cat, half-fish Merlion is the symbol of Singapore. It sits over the mouth of the river on the south bank and visitors can view it from a purpose-built pier. There is also a Mini-Merlion nearby, along with a larger one on Sentosa Island that actually has an elevator inside, leading to a viewing platform on its head.
Open hours: daily
Admission: free 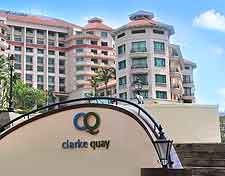 Address: Singapore City, Republic of Singapore, SG
Between the north and south banks of the Singapore River are both the Boat Quay and the Clarke Quay, where the city's best nightlife is to be found. This area is very appealing and its side streets are great for walking along in the evening, and, of course, for drinking or dining. Fine views over the water can be had, especially from the Boat Quay. Less well known is the nearby Robertson Quay and the Circular Road.
Open hours: daily - 24 hours
Admission: free 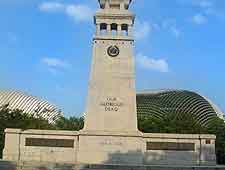 Address: Singapore City, Republic of Singapore, SG
This 10-metre / 33-foot tall obelisk resides in Esplanade Park and was erected to honour the lives of Singaporean soldiers who perished in WWI. The Cenotaph is a stunning, mellow structure constructed of granite and inscribed with 'Our Glorious Dead'. Further inscriptions were carved after the Japanese occupation and subsequent deaths during WWII.
Open hours: daily - 24 hours
Admission: free 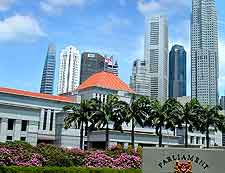 Address: 1 Old Parliament Lane, Singapore City, Republic of Singapore, SG
Tel: +65 6332 6900
The Parliament House is the oldest government building in Singapore and was originally a private mansion. It was built by George Coleman in 1827 and was known as the Court House, later to be used as the Assembly House of the British administration. The grand structure looks out onto the Padang and features the restored Arts House, which tells all about the building. There are also eateries onsite and a prominent bronze elephant statue outside.
Open hours: Monday to Friday - 10:00 to 20:00, Saturday - 11:00 to 20:00
Admission: free, charge for guided tour and events 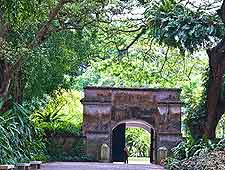 Address: 51 Canning Rise, Singapore City, Republic of Singapore, SG
Tel: +65 6332 1200
Fort Canning has great historical significance in Singapore, as well as offering fine views over the cityscape. It is near the Padang on a low hill, and although the fort has mostly disappeared, the gardens are beautiful and the perfect way to escape the city bustle. There is also a visitors centre and an archaeological dig located onsite at Fort Canning, with clues pointing to a Javanese settlement in the 1300s.
Open hours: daily
Admission: free 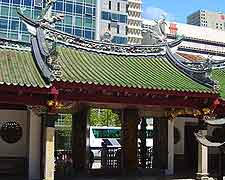 Address: 158 Telok Ayer Street, Singapore City, Republic of Singapore, SG
Tel: +65 6423 4616
This amazing temple is perhaps Singapore's most celebrated, certainly among the Chinese community. Built during the 1830s and '40s, this former joss house and beachfront temple was visited by newly-arrived Chinese immigrants, who would burn joss-sticks and thank the goddess of the sea (Ma Zu) for their safe arrival. Today, the Thian Hock Keng Temple has been beautifully restored and features wonderful carvings and figurines.
Open hours: daily - 08:30 17:30
Admission: free