Yokohama Weather, When to Go and Climate Information 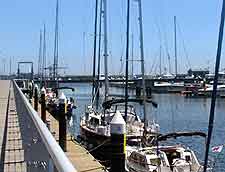 With clearly defined seasons and plenty of good weather to go around, Yokohama is always popular. Each year, many tourists choose to stay in the city of Yokohama between March and May (spring) and again from the end of September until November.

However, outside of these periods, the climate in Yokohama is often quite appealing, especially during the summer. Sun lovers will appreciate the hot weather and high temperatures during July and August, which can climb to more than 30°C / 86°F, and also feature fairly high levels of humidity. 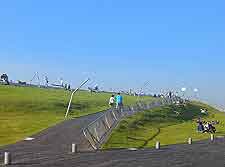 From the middle of June until the middle of July, Yokohama is known for its rainy season, which is typical of much of Japan. Also showers can be heavy during this period, but they can often be short lived and shouldn't prevent a visit, as sunny weather is never far away. June and July average precipitation levels of roughly 190 mm / 7.4 inches and 170 mm / 6.6 inches respectively, dropping sharply in August to less than 150 mm / 5.9 inches.

Much of Yokohama's climate is clearly influenced by its position in the centre of the Japanese islands and alongside the Pacific Ocean, and also its proximity to the big smoke of Tokyo. Occasionally the winter weather sprinkles the city with a light dusting of snow, but this rarely settles for long and is quick to melt.