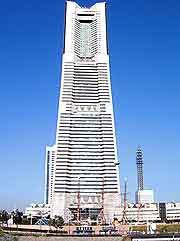 Japan's second-most densely populated city, Yokohama, has a history of being only a small fishing village up until relatively recent times. It was when Japan began to trade with other countries around the world - towards the end of the Edo period in the mid-19th century, that the city really started to grow.

Commodore Matthew Calbraith Perry had landed on Japan's shores in 1853 with a series of US warships, demanding that the country open its ports for trade. After much negotiation, with Perry considering alternative options, the port of Yokohama was opened to foreigners in 1859.

The Growth of the Port Town

Yokohama rapidly developed into the base of overseas trade in Japan, with foreigners even occupying their own moat-surrounded area in the city. As the port grew to become a major silk trading player following the Meiji Restoration (1868), a number of Western-style influences were arriving in the city before anywhere else in the country - this was a boom era for Yokohama's history.


Japan's first daily newspaper, street lamps powered by gas and railway lines were all introduced here in the early 1870s, while the city was also internationally recognised by being included in Jules Verne's famous adventure novel published in the year of 1873, 'Around the World in Eighty Days'.

Samuel Cocking, a merchant from the United Kingdom, built the city's first power plant in the late 1880s, which later would become the Yokohama Cooperative Electricity Light Company's base. 'Foreigner areas' were scrapped in 1889, the same year that Yokohama was officially incorporated. This was now Japan's most international city. Industry growth continued through the early 20th century as factory upon factory was built.

With increased trade came a higher standard of living as wealthy families moved into the city. However, it was not only the affluent who were flocking to the city, since these factories also needed labourers. People came from all over the country, as well as Korea, which led to Kojiki-Yato - Japan's largest slum at the time, being formed to house them all. 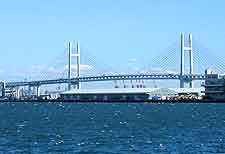 History of the Tragic Years

The Great Kanto earthquake struck in 1923, destroying much of the city. In total, over 30,000 people were reported dead and almost 48,000 injured out of a then-population of 435,000, in what was the most deadly day in Yokohama's history.

The city was rebuilt and its parklands recovered, the most notable of which was the popular Yamashita Park situated alongside the waterfront. However, air raids during the latter stages of World War II in 1945 destroyed much of the city again, with one US-led raid, the Great Yokohama Air Raid, believed to have killed somewhere in the region of 8,000 people. It also reduced more than 40 percent of Yokohama to little more than rubble.

The Municipal Subway was opened in 1972, while the tram and trolleybus system was closed down at the same time. The major urban development project of Minato Mirai 21 began on reclaimed land in 1983. In 1989, this area, which translates as Port Future 21, staged the Yokohama Exotic Showcase, an event which saw the then-tallest Ferris wheel in Japan open, being named the Cosmo Clock 21. It was also the site of the 'maglev' (magnetic levitation) train's first public operation in the country. The same year saw the opening of the renowned Yokohama Bay Bridge.

In 1993, Japan's tallest building, the Landmark Tower, also opened in Minato Mirai. Perhaps the city's crowning moment on the world stage was when the International Stadium Yokohama staged the FIFA (Federation Internationale de Football Association) World Cup final in 2002 - the first ever to be hosted in Asia.