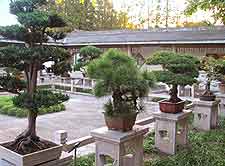 With a metropolitan population topping 23 million, Shanghai is truly a mega-city, with influence in most cultural, artistic and political spheres. It is the world's busiest shipping port by tonnage of cargo, as well as being a major Chinese financial hub.

Shanghai's rise to the heavens is a recent event, and just two centuries ago this coastal town was little more than a sleepy fishing village at the mouth of Yangtze River.

During the Song Dynasty (960 to 1279 AD), in 1074, Shanghai was officially upgraded from a fishing village to a trading town. This set the city on a path that would lead it to become China's greatest consumer centre. But it was during the Ming Dynasty, in 1554, that two events really shaped its role for the future.


First, a 10-metre / 33-foot high and 5-km / 3-mile long wall was built around Shanghai to protect it from attacks by Japanese pirates. This showed the world it was worth protecting. Then, in 1602, the City God temple was erected in Shanghai. Since the building of such a temple was normally reserved only for official 'cities', the event was a great psychological boost for the residents. While the city has never been regarded as politically relevant, it was considered a valuable economic entity by the Ming.

By the early 1700s in Shanghai history, the city had emerged as China's main port town at the lower end of the Yangtze River. It continued to grow around its shipping activities for the next century, eventually attracting the unwanted attention of foreign powers that were searching for a way into the country for trade.

The First Opium War (1839 to 1842) saw British forces take temporary control of Shanghai. With the signing of the Treaty of Nanjing, which marked the end of the conflict, the port was opened to international trade. Under the concession, foreign nations were allowed to trade in China for the first time and soon afterwards, Britain, the US and France began carving out their corners of the city. Shanghai was still under Chinese control, but it was now being influenced by Western activities and concepts under the Shanghai International Settlement. 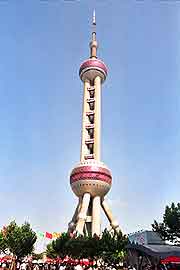 In the period of Shanghai history that followed, people from many nations moved to the city to work and live, often staying permanently. During the 1920s and '30s, some 20,000 Russian Jews and White Russians escaped the Soviet Union and set up home here. By 1932, the city was inhabited by some 70,000 expats and was the world's fifth-largest city.

During this booming era of foreign investment, the iconic Bund was established along the waterfront. Today, it remains filled with banking and trading firms. Silk, tea and porcelain went out and opium came in. The port was completely open during this era, and was one of the wildest and most infamous ports in the world.

After the First Sino-Japanese War (1894 to 1895), Shanghai became a focus of Japanese interest. The Japanese constructed the first factories here, which encouraged other nations to build here as well. Soon the city was the Far East's financial hub, a role that it still largely holds today.

The Chinese resumed control of the city following Japan's defeat in WWII, changing the course of history. Most foreigners felt compelled to leave, as the Communist Party ran things with an 'iron fist'.

It wasn't until 1978 that China's open door policy reopened the city's port to international trade. Since then, Shanghai has never looked back and today it is arguably the world's most bustling metropolis.