Chattanooga lies on the southeasterly side of Tennessee, close to the state border with Georgia. This city is the state's fourth-biggest city and the largest in Hamilton County, where it is also the county seat.

Based around the lakes of Chickamauga and Nickajack, both of which are fed by the Tennessee River, the city of Chattanooga offers a wealth of recreational activities, including plenty of water sports and rock-climbing opportunities.

Chattanooga was known for its extensive industrial pollution back in the sixties, although that image is long gone. The city is now clean and green, with many lengthy waterfront trails and even a network of free electric shuttle buses.

Sightseers armed with a map and looking for interest will find many attractions spread around the city, with downtown Chattanooga being a good place to start any exploration.

For shopping and riverside dining, the Bluff View Art District is worth searching out, being based around East Street and High Street. If you are in the mood for a stroll along the banks of the Tennessee River, then Coolidge Park on the north shore is the perfect starting point. Roughly 6 miles / 10 km outside of Chattanooga are the attractions of Lookout Mountain, which include the Incline Railway, the landscaped gardens of Rock City, and the giant underground waterfall known as the Ruby Falls. 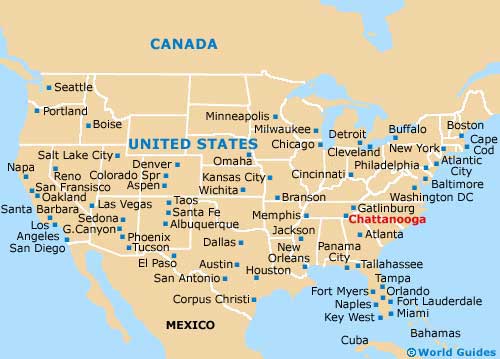 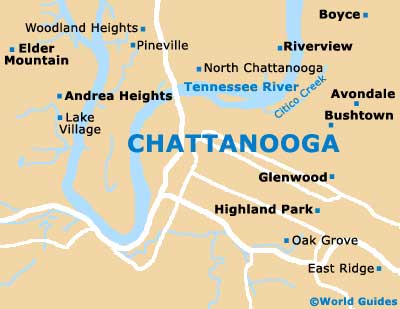