A densely populated city situated on the northern side of central North Carolina, Greensboro lies just over an hour to the west of Durham and roughly 40 minutes to the east of Winston-Salem. Greensboro serves as North Carolina's third-biggest city and as the county seat of Guilford County.

The city has good transport connections to the state, thanks to its situation at the intersection of the I-40 and I-85 interstates. Therefore, rental cars and maps make for a good combination if you fancy getting out and about.

Greensboro belongs to a sizeable metropolitan region known as the Triad, which also comprises the additional cities of High Point and Winston-Salem. With origins in the 1840s and strong associations with the city's college, the College Hill neighborhood is generally considered to be one of the most historic parts of the city, being found between Spring Garden Street and West Market Street.

Other important local neighborhoods include those of Aycock, Fisher Park and Irving Park, the latter of which grew up around the Greensboro Country Club and its popular golf course. Tourists generally head straight to the Old Greensboro Historic District, map in hand, to admire the architecture and enjoy a bite to eat.

Streets are not numbered, and there is no logical pattern to the naming system adopted many years ago. Friendly Avenue and Market Street are two important centrally located thoroughfares, heading east to west, while Elm Street, Eugene Street, Greene Street, the Murrow Boulevard and Spring Street all run north to south, creating many of the principal city blocks. Of note, Greensboro City Hall is to be found between South Eugene Street and South Greene Street, close to the Carolina Theater and the Biltmore Hotel. 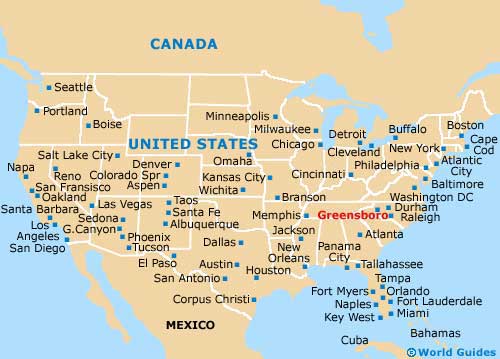 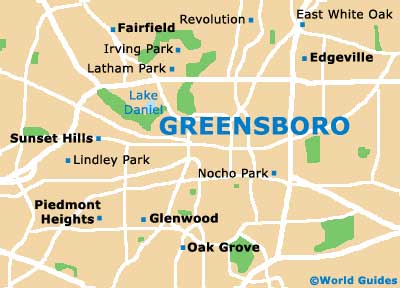