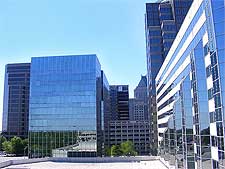 The history of Greensboro has always been in the frontline of American equality and freedom.

From the brave stand against British forces that led to the end of the American Revolutionary War, to the equally brave stand of four black college students fighting for desegregation during the Civil Rights movement in the 1960s, Greensboro is a city built on progressive thinking and individual rights.

While European settlers had been farming and homesteading in the area since the early 1700s, it wasn't until Major General Nathanael Green of the American revolutionary forces went up against the British Army that Greensboro really began its history. 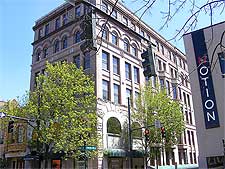 Although the 1781 Battle of Guilford Court House ended in defeat for the Americans, Green's crew killed so many British soldiers that the British General Cornwallis decided to pull all of his frontline troops out of North Carolina and move them northwards into Virginia. The importance of Green's determination emerged several weeks later when Cornwallis's troops were soundly defeated at Yorktown, Virginia, as a direct result of their retreat. The American Revolutionary War was effectively over after Cornwallis surrendered at Yorktown in 1781.

When Greensboro was chosen as a link in the new railroad network in the 1840s, things really took off for this young town. It soon became known as the 'Gate City', and the history of Greensboro was forever after connected with its role as a major transportation hub for North Carolina.

Textile manufacturing was the main industry in the mid-1800s, thanks to the prevalence of cotton plantations in the state. By 1900, the city was one of the nation's biggest textile manufacturing centers. Most of the city's grand mansions and buildings were constructed during the boom era, including current historic sites such as Blandwood Mansion and Dunleith. Greensboro is still an important stop on the East Coast railway line for both passenger and commercial traffic. 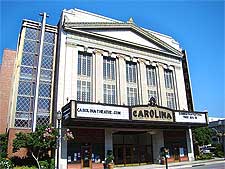 As Greensboro continued to evolve into one of North Carolina's main urban centers, its social fabric also transformed. The city found itself more than once at the heart of the American Civil Rights movement in the 1950s and '60s. A conflict at a segregated Woolworth's restaurant in 1960 involving four black college students resulted in a massive sit-in that sparked similar protests across the South.

The actions of the four students ended in the desegregation of Woolworth's, and the original location of the store and its contents have been preserved as the International Civil Rights Center and Museum. This contains other memorabilia and exhibits showcasing the history of the Civil Rights movement in the American South.