Greensboro Weather, When to Go and Climate Information 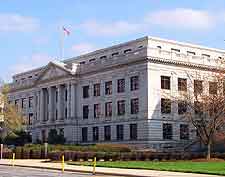 Greensboro (NC) enjoys four separate seasons. Summer weather is warm and pleasant, while the winter climate is cooler, with the occasional snowfall.

Daytime temperatures in spring can range from 16°C / 61°F in March to 25°C / 27°F during May, but light snowfalls can occur during March in the Greensboro area.

Summer weather in Greensboro is hot and sunny, with the months of June, July and August seeing high temperatures of 31°C / 88°F, dropping to around 19°C / 66°F during the night-time.


Autumn is a beautiful season in Greensboro with spectacular autumn foliage. Daytime temperatures during October drop to around 21°C / 70°F.

Winter weather can be cool and sunny, but it is unusual to experience an exceptionally cold climate. January is the coldest month of the year in Greensboro, with daytime temperatures only reaching 8°C / 46°F and dropping during to -3°C / 27°F at night. The heaviest snowfalls occur during January and February, with a monthly average of around 8 cm / 3 inches.

The average annual rainfall / precipitation in Greensboro is around 107 cm / 42 inches, and the average snowfall is around 23 cm / 9 inches.


The following are the normal daily temperature ranges for Greensboro: