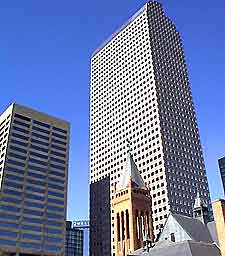 Denver is a metropolitan oasis in a state that prides itself on its natural beauty and outdoor lifestyle, with a number of distinct districts and neighborhoods. The 'Mile High City' straddles the majestic Rockies in the west, which lead down to the wide expanse of the Great Plains to the east, and is surprisingly flat. Denver's modern Central Business District (CBD) bustles daily with business deals and financial transactions, ensuring a more stable prosperity than the boom and bust nature of the gold mining industry it was built on.

Along with the sports and outdoor recreations that help to make Denver's residents the fittest in the USA, the arts also boast a strong following here. Yet perhaps Denver's best characteristic is its diverse population, providing an exciting range of different restaurants, museums, galleries, and architecture and entertainment venues. Victorian buildings house jazz clubs and hip art galleries in the historical Lower Downtown (LoDo) district, the Far East Center district contains to an impressive variety of restaurants from across Asia, the Five Points district forms the center of African-American culture, and La Alma Lincoln Park is home to Denver's Hispanic community. 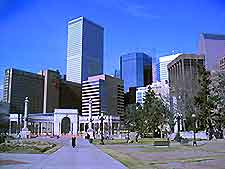 Denver's Central Business District (CBD) is a jungle of skyscrapers concentrated along 16th, 17th and 18th streets between Lawrence and Broadway. As the business hub of the mid-West, a good deal of money gets around here and there is a healthy mix of upmarket hotels, restaurants and entertainment options, as well as a popular shopping mall.

Home to numerous refugees and migrants from Asia who have settled here since the Vietnam War, Denver's Far East Center is the neighborhood to head for if you're after authentic East Asian and Southeast Asian cuisine, such as Thai or Vietnamese. Also on offer is this district are eclectic gift shops and clothing stores. 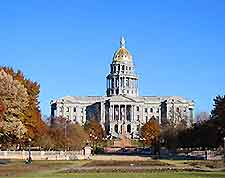 This district is one of Denver's oldest and is home to the Capitol Building with its imposing golden dome. Located a short distance from downtown Denver, this is where quaint Victorian homes stand side by side with modern apartment buildings and lively restaurants and bars.

Spread over a considerable area fanning out from where the 'Five Points' meet on 23rd Street and Broadway northeast of downtown, this district is comprised of four historic neighborhoods forming the focal point of Denver's black community. Here you can take in the sounds of the jazz and blues that dominate the nightclubs and sample the delights of Caribbean food and other favorites.

Many of the city's finest museums, galleries and other cultural and historical attractions are concentrated in this area, just a short walking distance from downtown. Attractions at the Golden Triangle Arts District include the Denver Art Museum, the US Mint, Colorado History Museum, Byers-Evans House, the Colorado Ballet and over 50 galleries and art studios.

Lower Downtown (LoDo) is the area in which the city first sprang to life and accordingly is Denver's oldest district. Recently redeveloped, it is dotted with National Historic Landmarks and monuments which contrast with modern art galleries, restaurants and cafés. Larimer Square is Denver's premier dining and shopping destination, while the district's historic nature is preserved through a ban on skyscrapers, as well as through its listing as both a city and county historic district.

Denver's Washington Park neighborhood is dominated by beautiful old Victorian houses and trendy restaurants and has become one of Denver's most popular districts for the young and hip crowd to buy into. This area of Denver is ideal for exploration on foot due to its historically significant housing and picturesque tree lined boulevards. 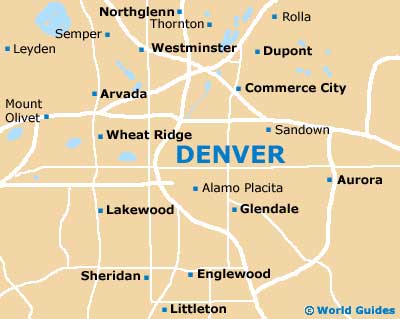