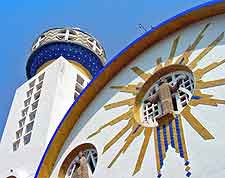 Two separate Olmec communities, one located atop El Guitarrón hill, and the other situated near the still secluded beach of Playa Larga, date from the 8th century.

Archaeological artefacts from Teotihuacan, Mayan and Aztec eras have been unearthed beneath the golden sands of Playa Hornos, while Veladero National Park's archaeological site features prehistoric stone carvings. All three cultures governed Acapulco at various points in history, but the area did not formally join the Aztec Empire until 1486.

It is unclear whether Saavedra Cerón or Santiago Guevara was the first European to sail into Acapulco Bay. Some believe Hernan Cortés sent Cerón to establish a settlement near Acapulco Bay in 1523, with the sole purpose of finding gold, while others claim Guevara discovered the bay some three years later.

Cacahuatepec, established in 1525, was the first permanent Acapulco Bay European settlement, but Villafuerte was actually the first community to stand on the location of the present-day city. After the first road between Mexico City and the coastal community was constructed in 1531, Acapulco began life as a major port whose Marqués wharf greeted its first vessels in 1533.

Acapulco became New Spain's second-most significant port after welcoming its first ships from the Philippines. It became the only port permitted to accept the Manila Galleon, the most important communications link between Europe, Asia and New Spain for approximately 250 years. During that time, the newly established Spanish colony of the Pacific archipelago named after King Philipe - The Philippines, was under governance from the Province of Mexico. Its importance to Spain was the maritime trade in Chinese porcelain and other exotic Oriental goods.

The San Diego Fort (El Fuerte) was constructed to prevent Dutch and English pirates from entering Acapulco and seizing the Manila Galleon's luxury goods. Both Acapulco and the San Diego Fort survived a 1615 Dutch invasion and a 1776 earthquake. The pentagonal shaped fort was rebuilt and is now a history museum. Acapulco suffered further destruction during an 1810 Mexican War of Independence fire, but its port serviced the Manila Galleon up until 1821 and vessels from Panama during the California Gold Rush (1848 to 1855). 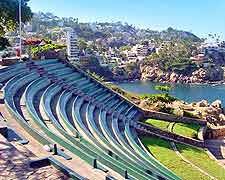 The city's first celebrity visitor was the then Prince of Wales, who later became King Edward VIII. He stayed in the area in 1920 and returned to Europe with rave reviews. Visitors have watched daring divers soar from the La Quebrada cliffs since the 1930s, while Hollywood stars started spending holidays in Acapulco during the 1950s. The community's population soared from around 5,000 during the 1940s to approximately 50,000 by the early 1960s. Acapulco became a more affordable destination for middle-class Mexican and foreign visitors between the 1960s and the 1970s.

The construction of the Ruta del Sol mountain motorway between Acapulco and Mexico City shortened the driving time between the two cities to just three hours and 30 minutes, making this an increasingly popular weekend destination among residents of Mexico's capital.

Today, most Acapulco tourists come from other parts of Mexico and many wealthy Mexicans own second homes in the area. High-rise hotels stand on the bay's newer south end, while older resorts are located on the north end. Acapulco's rowdy nightlife and extensive beaches remain its main tourist draws, fed as it is by an unending supply of Americans during their winter months. 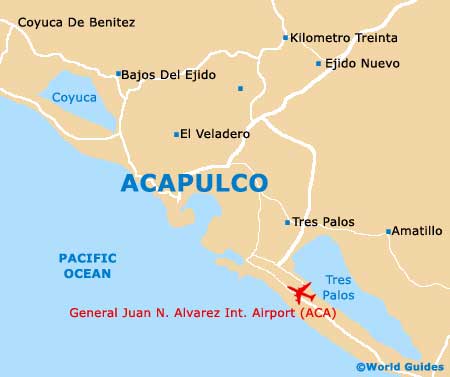