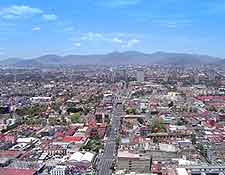 Mexico's enormous capital city and known locally as Ciudad de México, Mexico City leads the county and the whole of Latin America in terms of economy, industry, glamour, excitement, politics and culture. Sited within the Valley of Mexico and perched high at an altitude of more than 2,000 metres / 6,560 feet, Mexico City is overcrowded at times and can suffer from pollution, but does offer many truly outstanding highlights.

Literally hundreds of high-rise buildings and mirrored skyscrapers grace the skyline in Mexico City and add a modern twist to this historic city. Colonial character and architecture is particularly prevalent within the Centro Historico district, along with a number of exceptional museums housing archaeological treasures and a truly vibrant atmosphere. 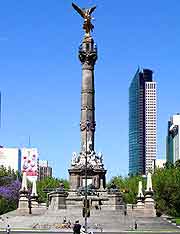 Each year Mexico City attracts literally millions of visitors and tourists, who come here to enjoy fine dining at one of the countless informal bistros within the La Condesa area, the pulsating nightlife and even the pre-Hispanic canals of Xochimilco. The Mexico City Ministry of Tourism boasts more than ten different tourist information modules within the city itself and also within each of the four bus terminals.

Tourists may well find the enormous choice of tourist attractions in Mexico City a little overwhelming. There is plenty here for families and children, such as Chapultepec Zoo (Parque Zoológico de Chapultepec), Acuavida Aquarium and the Atlantis Marine Park, where dolphins and seals are a particular highlight. 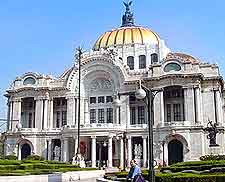 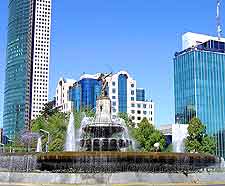 A large number of striking landmarks are scattered around Mexico City, many of which date back literally hundreds of years, such as the 16th-century City Hall (Ayuntamiento), the 17th-century Parliament Building (Palacio Nacional), and the centrally located Plaza de la Constitución (El Zócalo), where many local celebrations often take place. For superb views of the city, head to the more modern Latin American Tower (Torre Latinoamericana), which was once the tallest structure in the whole of Mexico City and boasts an excellent observation desk, complete with telescopes. More information about Mexico City Landmarks. 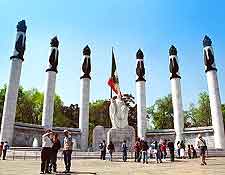 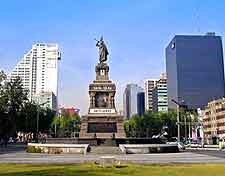 Mexico City has more than enough tourist attractions for every single day of the year, and then some. However, outside of Mexico City and in all directions you will encounter many interesting places to visit. Consider exploring the pyramids within the ancient city of Teotihuacan, enjoying the history and culture to be found within the enormous city of Puebla, strolling around the many old buildings that surround the Plaza de Armas in the city of Cuernavaca, or cooling down in the Parque Acuático Iguazú water park - there really is something for everyone. More information about Mexico City Attractions Nearby.