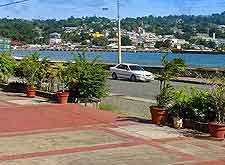 The second-biggest island within the country known simply as Trinidad and Tobago, the island of Tobago is home to a population of around 60,000 people, which makes up just four percent of the country's overall population. Trinidad is considerably larger in comparison and lies just 31 km / 19 miles to the south-west.

Tobago is around 42 km / 26 miles in length, by just 10 km / 6 miles in width, and covers a total area of some 300 square kilometres / 115 square miles. Scarborough is the island capital and is located on the southerly coastline, being close to Lanbeau, Morne Quinton, Mount St. George and Rockly Vale.

Although Scarborough may well be the capital of Tobago, it is the resort of Crown Point that has become something of a tourist Mecca on the island. Crown Point is sited on the far south-westerly tip of the island and is surrounded by many glorious expanses of sandy beaches, especially around the Buccoo Reef, Pigeon Point and Store Bay.

Finding your way around Tobago is really easy, although decent road maps are essential if you are planning to rent a car when you choose to fly into Crown Point International Airport.

Tobago is to be found within reach of the following destinations:


Map of the Republic of Trinidad and Tobago 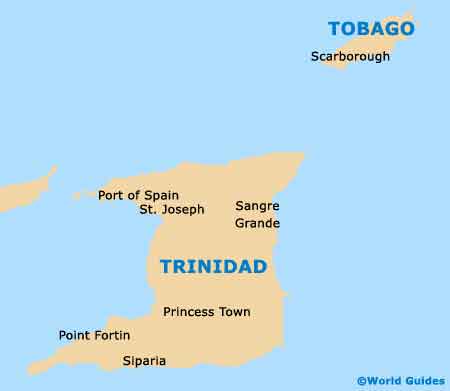 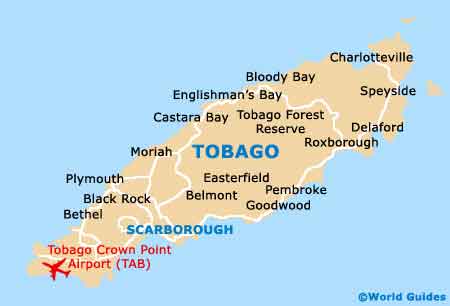