Tobago Events, Things to Do and Festivals 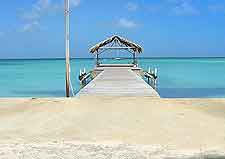 There are a series of annual events and popular seasonal festivals that take place on Tobago and offer an added layer of interest for holiday makers and beach-goers.

Easter is always a time of celebrations on Tobago and there are many events held in February and March, such as famous carnival processions, religious ceremonies, live music and plenty of things to do, leading up to Ash Wednesday, Good Friday and Easter Sunday. Tobago's Easter Goat Race Festival on Buccoo Beach is certainly a highlight, when goats and crabs take part in some very wacky races. 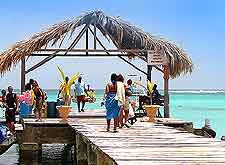 Also in March is the very well supported TTGFA International Game Fishing Tournament. The major sports fishing event is held each year in Charlotteville, on the north-easterly tip of Tobago, and offers prizes for the heaviest fish caught, with past catches including record-breaking marlin and yellow-fin tuna.

Events in April including the yearly Tobago Jazz Festival, which attracts many leading blues musicians and jazz artists to the island, with concerts being held in venues across Scarborough. May is a busy month, when a number of harvest festivals are staged. The acclaimed Angostura Tobago Sailweek is certainly one event not to miss in the middle of May and this Caribbean regatta sees a host of yachts competing in races around Crown Point. Shortly afterwards, the Rainbow Cup Triathlon on Grafton Beach is another crowd-puller. 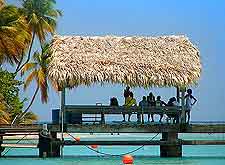 June is the month when the Charlotteville Fisherman's Fete takes place on Tobago's beautiful Man O' War beach and this really is just an excuse for a party celebrating the village of Charlotteville's hardworking fishermen. A particular favourite for many on the island's calendar of events is the Tobago Heritage Festival, which is held over a two-week period towards the end of July, throughout the island. Late July is also when the Great Fete Weekend of Crown Point is to be found and this Caribbean beach party lasts some six days.

A huge selection of street parties and fetes can be expected on Tobago on August 31st, when 'Independence Day' celebrates Trinidad and Tobago's historic independence from Britain in the year of 1962. Independence Day is a national holiday on these islands, as is Republic Day on September 24th.