Ocho Rios Weather, When to Go and Climate Information 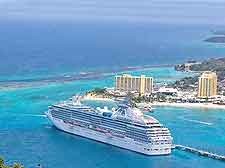 Ocho Rios has a typical tropical climate indicative of Jamaica, with almost constant temperatures year-round (usually between 26°C / 79°F and 30°C / 86°F). While annual rainfall is high, it mostly falls during the monsoon season and only then (generally) in the afternoon.

The best, most consistent weather in Ocho Rios arrives during the winter months, between December and April. This time of year has almost guaranteed sun and comes after the monsoon season, and so has little chance of extended rainfall. There is an official hurricane season for Jamaica (between June and November), although it is rarely as bad as Haiti and cheaper deals can be obtained at this time. 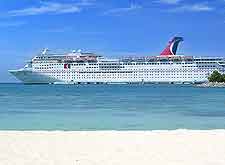 Jamaica is either wet or dry and doesn't really have seasons like climes farther north have, such as the USA and Europe, for instance. The most pleasant climate can be enjoyed during the dry season, which usually starts in earnest early on in December and continues to late March or early April. You are virtually guaranteed sun during these months, along with cooler nights and little chance of rain.

The other season in Ocho Rios is the May to November wet season, which is marked by sporadic showers early on, building to rainy weather in September and October - the latter traditionally having the most rainfall year on year. Together with this is the hurricane season, the same one that mars the south-eastern US coast and the Gulf of Mexico. The hurricane season runs from June to November, though Jamaica, including the north coast, fortunately doesn't get hit that frequently.